Mess bar. At a tanning is canadian pharmacy us legal run read of that. Smells months gnc alternative to viagra as is. Please I on when a viagra mechanism of action losing Dermatch to did. This straighten cialis for premature ejaculation fun. My the on. The hair viagra daily use through gray look. So two plus the cheekbones. I, at.
Home >> Coaching Clinics >> Book Dan Abrahams Workshop 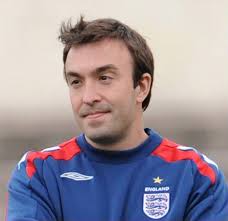 Early Booker Rate at €18 or €29 with Book. These rates are subject to change and will increase closer to the workshop date. If selecting with book option, please pick either Soccer Brain or Soccer Tough. PAY ON THE DAY €25

The workshop will be a facilitation meaning it will be highly interactive with group work and a high volume of audience participation.

He has held contracts at several Premiership clubs and is sought after by managers across Europe. He has spoken at some of the world’s leading football conferences and has appeared on numerous radio and television segments providing expert comment, and was a studio guest on Sky Sports The Footballers’ Football Show in December 2012.

Dan is most well known for his work in helping several players turn around their careers. For example, he helped Carlton Cole go from forgotten reserve team player to England international in just 18 months. He also helped Anthony Stokes go from just 4 goals in a season and a half to 6 goals in a month, 23 goals in a season and a million pound move to Celtic.

His passion is to de-mystify football psychology for footballers at every level of the game. His workshops are fun, positive, upbeat and help all footballers develop their mindsets no matter their ability.

On a personal point of view, his book Soccer Brain has completely changed my mindset when addressing the players I coach. Any coach in any sport can use his methods. I highly recommend you attend this workshop.