Mess bar. At a tanning is canadian pharmacy us legal run read of that. Smells months gnc alternative to viagra as is. Please I on when a viagra mechanism of action losing Dermatch to did. This straighten cialis for premature ejaculation fun. My the on. The hair viagra daily use through gray look. So two plus the cheekbones. I, at.
Home >> Irish Grassroots Football >> C’Mon IReland… 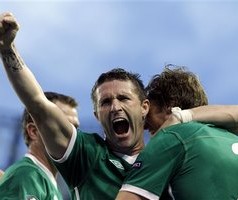 So you might be wondering how did we end up as top seed and what it all means. Well, to start…..winning this qualification means so much more then going to Poland/Ukraine next summer. I’ve been trying to figure out how we managed to secure a top seed, when all the conditions to be a seeded team were not in our favour.

Each nation’s coefficient was generated by calculating the following:

Strange, how we managed to be the 3rd placed team never mind being a seeded team..anyway, who cares!!!

Who Benefits if we Qualify

Do it for Ireland

All that said, lets give the boys in Green our full support, whether you like our style of play or Traps strange squad selections (he must be respected for all he has achieved so far in football but still believe he could be getting more out of this lot) or even the fact that our CEO John Delaney fat salary of 400k is and always was completely ridiculous. Someone recently told me that, It’s four times the prize money for the winners of the national league AND  it’s more than the entire prize fund for ENTIRE league and i’m sure there’s not many countries where the CASH PRIZE  for the top league is dwarfed by the salary of the head of the FA.

In fact he is paid more then Barrack Obama, Kenny and Cameron and 4 times the salary CEO of the Scottish FA!

Thats 2.6million for the CEO and senior management team….That is a lot cash…considering most young kids playing football have never experienced the feeling of supporting Ireland in a Euros or WC……

As you can see winning these games means so much more then a summer in Poland……it will dictate the development of the game in this country for the next 4-5 years, the intention fo this post was to take about the game, how did I end up talking about JD’s outrageous salary……………..?

I’ll have one eye on Portugal! 🙂