Mess bar. At a tanning is canadian pharmacy us legal run read of that. Smells months gnc alternative to viagra as is. Please I on when a viagra mechanism of action losing Dermatch to did. This straighten cialis for premature ejaculation fun. My the on. The hair viagra daily use through gray look. So two plus the cheekbones. I, at.
Home >> Coaching Clinics >> Coaching workshops..Get Involved……! 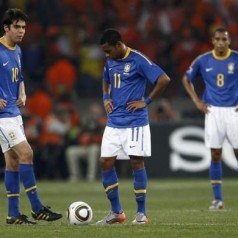 Just wanted to update you on some great coaching course coming up. Unfortunately they are not run by TCD but I’m talking to some European Academy coaches about doing another one very soon. Would be delighted to hear what you would like the workshop to be about. Small sided games one, playing 11v11, playing abroad etc?

Back by popular demand….will be holding a coaching festival on Saturday 3rd December and Sunday 4th December at the…

Topics to be covered include:

Hand-outs on all session available on the day, the sessions can be adapted to suit everyone and as always a Q&A to finish.

Academy Coaches taking the sessions include:

New Members fee €60 (year) this will include the weekend, Coaches Club runs from December 2011 to December 2012 with session every quarter and bonus sessions also added to the calender year to accommodate guest coaches.

After the success of the first ever Coerver Coaching Youth Diploma to be held in Ireland in last August, a second course is now scheduled to take place in Galway on February 4th and 5th 2012.

The course will take place at Mervue United F.C. and is open to coaches at all levels of the game.

96 coaches from 26 different counties around Ireland attended the inaugural Coerver Coaching Youth Diploma at the Oscar Traynor Development Centre in Coolock, North Dublin in August. The diploma was instructed by Alf Galustian and Austin Speight.

Alf is co-founder and International Director of Coerver Coaching as well as being the specialist technical skills advisor to the Premier League in England. Austin is the UK and Ireland Coerver Coaching Director.

recently launched a channel on YouTube which allows coaches in Ireland to keep up to date with the latest coaching developments used by Coerver Coaching in Ireland and throughout the world. To view video footage from the Dublin Coerver Coaching Youth Diploma

Such has been the success of the diploma to date that Manchester United and Arsenal will hold the same course for their staff at both clubs in 2012. Jose Mourinho was also responsible for sending his first team coach Jose Morais (Fellow Portuguese) to Birmingham to attend the diploma. Since then Alf Galustian has travelled to Spain and Real Madrid are now integrating the Coerver Coaching method in to their first team training sessions.

Coerver Coaching is also in the process of launching an Advanced Youth Diploma which will be coming to Dublin in the summer of 2012.

The upcoming Coerver Coaching Youth Diploma which will take place in Galway will see former Scottish international Charlie Cooke make the trip to the west of Ireland to instruct on the course. Charlie Cooke is a co-founder of Coerver Coaching and was recently voted the second best player to play for Chelsea, finishing behind Gianfranco Zola. During his time at Chelsea Charlie won the FA Cup in 1970 and the Cup Winners’ Cup in 1971 defeating Real Madrid in Athens.

Coerver is widely regarded as the No.1 programme for educating coaches and developing top class technical players. The Premier League has appointed Coerver Coaching to provide a training programme for all academy coaches, with a heavy technical focus – the key foundation upon which other parts of the game can be built. This places Coerver at the forefront of player development.

Coerver Coaching has a prestigious heritage in the game, operating in 28 countries and having contributed to the development of hundreds of professional players around the world over its 27 year history. They are endorsed by some of the biggest names in football including Sir Alex Ferguson, Arsene Wenger, Liam Brady, Franz Beckenbauer, and Gerard Houllier, as well as national associations such as the French Football Federation, the Spanish FA, the English FA, Football Federation of Australia, and the Japanese FA.