Mess bar. At a tanning is canadian pharmacy us legal run read of that. Smells months gnc alternative to viagra as is. Please I on when a viagra mechanism of action losing Dermatch to did. This straighten cialis for premature ejaculation fun. My the on. The hair viagra daily use through gray look. So two plus the cheekbones. I, at.
Home >> Childrens Health >> Interesting Article

Posted by The Coach Diary in Childrens Health | 0 comments 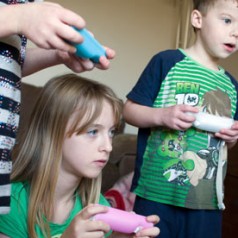 Modern life is ‘producing a generation of weaklings’, claims research as physical strength declines in 10-year-olds

This is an Article from the Guardian paper last week, interesting enough!

Children are becoming weaker, less muscular and unable to do physical tasks that previous generations found simple, research has revealed.

As a generation dedicated to online pursuits grows up, 10-year-olds can do fewer sit-ups and are less able to hang from wall bars in a gym. Arm strength has declined in that age group, as has their ability to grip an object firmly.

The findings, published in the child health journal Acta Paediatrica, have led to fresh concern about the impact on children’s health caused by the shift away from outdoor activities.

Academics led by Dr Gavin Sandercock, a children’s fitness expert at Essex University, studied how strong a group of 315 Essex 10-year-olds in 2008 were compared with 309 children the same age in 1998. They found that:

“This is probably due to changes in activity patterns among English 10-year-olds, such as taking part in fewer activities like rope-climbing in PE and tree-climbing for fun,” Sandercock said. “Typically, these activities boosted children’s strength, making them able to lift and hold their own bodyweight.”

The fact that 10% could not do the wall bars test and another 10% refused to try was “really shocking”, he added. “That probably shows that climbing and holding their own weight was something they hadn’t done before.”

has already shown that children are becoming more unfit, less active and more sedentary and, in many cases, heavier than before.

But the new study also found that children in 2008 had the same body mass index (BMI) as those a decade earlier. Lead author Daniel Cohen, of London Metropolitan University, said this meant that, given their declining strength, the bodies of the recent test group are likely to contain more fat and less muscle then their predecessors. “That’s really worrying from a health point of view. It’s good news that their BMI hasn’t risen, but worrying that pound for pound they’re weaker and probably carrying more fat,” said Sandercock.

Bring in Fitness testing in all schools

The authors want ministers to reduce their reliance on the National Child Measurement Programme, which surveys primary schoolchildren’s BMI, and introduce fitness testing in all schools– a call made last year by the then-chief medical officer, Sir Liam Donaldson.

“Climbing trees and ropes used to be standard practice for children, but school authorities and ‘health and safety’ have contrived to knock the sap out of our children,” said Tam Fry of the Child Growth Foundation.

“Falling off a branch used to be a good lesson in picking yourself up and learning to climb better. Now fear of litigation stops the child climbing in the first place.”

He added: “Fitness tests may or may not be appropriate, but Sandercock should not be discouraging the use of BMI measurements.”

A Department of Health spokeswoman said the government had introduced several programmes promoting active lifestyles among the young, and the health survey for England reported back on physical activity levels. She added: “The Department of Health has no current plans to introduce fitness testing for children.”