Mess bar. At a tanning is canadian pharmacy us legal run read of that. Smells months gnc alternative to viagra as is. Please I on when a viagra mechanism of action losing Dermatch to did. This straighten cialis for premature ejaculation fun. My the on. The hair viagra daily use through gray look. So two plus the cheekbones. I, at.
Home >> FCBarcelona Ireland >> La Masia 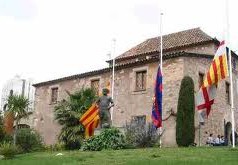 La Masia, located next to the stadium, is the heart of the Barça youth system. This emblematic building forms part of the history and heritage of Futbol Club Barcelona, and is an ancient country residence built in 1702.

At first, La Masia was used as the workshop in which the architects and builders of the Camp Nou modelled their project, and was the starting point for VIP visitors and collaborators in the construction work. Once FC Barcelonas stadium was inaugurated, on September 24, 1957, the doors of La Masia were closed until a new use could be found for it. Under the presidency of Enric Llaudet, the building was remodelled and extended for use as the clubs social headquarters, which had formerly been located on a different site in Via Laietana. The new social headquarters were opened on September 26, 1966.

In 1979 it became a holl of residence

As the club grew and different offices were established, it became apparent that La Masia was no longer big enough, and under Agustí Montal, they were moved to the area now next to the ice rink. So, La Masia was once again disused until Josep Lluís Núñez assumed the presidency and immediately found a new purpose for the building: La Masia became the residence of young players from outside of Barcelona. The renovation work was done quickly, and on October 20, 1979 it was officially declared ready for use.

A group of young players with a bright future

This residence is now used to develop the young players that have had to leave their families in order to train at FC Barcelona both in a sporting and intellectual sense. In the clubs centenary year, La Masia celebrated its twentieth anniversary and the general feedback has been very positive. Several youngsters that had lived at La Masia have gone on to play for the first team, including Amor, Guardiola, Sergi, De la Peña, Puyol, Xavi, Reina, Víctor Valdés, Gabri and Messi, as well a large number of players that have gone on to play for other Spanish clubs. So successful has it all been that many people now simply use the name La Masia to refer to Barças youth players in general. But the players residing at La Masia are not only limited to those from Catalonia or the rest of the state. There are also numerous young players from other countries.

La Masia consists of two floors and a few attics, measuring 610 m2. It houses 60 boys (12 sleep at La Masia itself and another 48 in other rooms situated around the stadium). It has a kitchen, dining room, living room, library, office, bathrooms, showers and four large dormitories with dressing rooms.

An official photograph of the residents of La Masia has been taken for the last time outside the emblematic building . The next picture of the residents will be at the new Masia in the Ciutat Esportiva.