Mess bar. At a tanning is canadian pharmacy us legal run read of that. Smells months gnc alternative to viagra as is. Please I on when a viagra mechanism of action losing Dermatch to did. This straighten cialis for premature ejaculation fun. My the on. The hair viagra daily use through gray look. So two plus the cheekbones. I, at.
Home >> Coaching >> Make It Personal – Effective Management 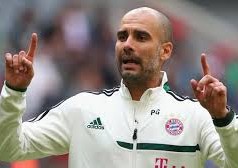 The challenge in obtaining coaching qualifications is one of excitement and great learning. Session plans. Tactical analysis. Endless ideas. All intriguing and all important. But in a continuous quest for advanced training ground knowledge and team development, how much time do managers/coaches set aside for progressing their man-management and people skills?

For those with authority at any level in football, the position of manager must be seen as one of honour and positive responsibility. There’s a coat of privilege in holding a role that can potentially shape the character and persona of every young player who wears the jersey.

Standards Are Not Good Enough

It would be irrational to generalise and slam all that is happening across the levels in football as fact remains that thousands of volunteers from grassroots to senior are excellent in their contributions and truly inspiring. Many however, are not. We can swallow the talks and tweets that all is rosy and the future of the game is in good hands every weekend, but the gulping reality is that the nations culture of event craving, cheap fix glory will forever be the catalyst for the repetitively moronic and baseless behaviour of unhinged coaches and managers. Many of whom have a good understanding of the game, but fail in all comprehension of sincerity and compassion in their dealings with people who play football. They’re people, not players.

The question is: Does a coaching certificate qualify one to truly fathom the intricacies in handling and man managing the social conditioning and changing emotions of these young people?

I have the privilege of managing at Under-18 level each year. In putting together a new squad every summer, it’s wonderful to monitor the personal development of each individual as a result of the positive environs in which only enthusiastic and committed people can bring. In a squad of 20 players, each will find their comfort zone amongst team mates at different stages of the season. Whether they’re quiet, talkative or otherwise, 16/17 year olds will inevitably open up and express their true personality once it’s a setting that they can relate to and one they feel apart of.

Those initial stages of trust and progression will blossom through the interaction and bond of the dressing room dynamic, most likely in the absence of a senior figure. And this can be complimented very easily by the manager showing a genuine interest in the young peoples lives. Where are they from? Have they brothers and sisters? What do they want to study?

“In relating to sport, the message to them was to take every opportunity that allows them to express their talent and ability.”

In expressing that attentiveness and pursuing fact on their hobbies and activities away from football will not only enhance an open discussion outside the norm of tactics and technique, but will further nurture your own pride and belief in the individuals who represent your ethos and principles. The discovery of outside talent and ambition may also assist in producing an extraordinary platform for bringing the team closer together.

To give an example; a few seasons back, I had the pleasure of dealing with a very talented individual. A striker with a real taste for goals. He had been having a wonderful season due to his outstanding commitment and self-sacrifice to the teams cause. After the winter break however, he began to struggle. His fitness levels dropped, his touch was off, his finishing terrible. He became distant, neglecting the connection with the rest of the team and became frustrated very easily. An easy decision would have been to unleash a warning and a counterproductive ‘get your act together’ all with the token pointing of the index finger in his direction. Not good.

Evidently, he showed all signs of a man completely drained and fatigued. Fully aware of his commitments in college and the pressure of balancing academic excellence with his desire to succeed in elite football, I prompted a chat regarding his apparent toil and queried the true extent of the workload he carried at the time.

As it transpired, it was neither football nor the continuous assessment at third level that proved the burden, but rather extracurricular activities which only further enhanced his reputation as being driven and ambitious. A determination to showcase his talents as an artist brought him to sealing an agreement with the hierarchy to host an exhibition at a highly respected museum. Thus his only free time away from college and from football was time spent preparing his work for this upcoming spectacle. He was exhausted.

What a pleasure it was to hear such a positive tale and despite the obvious inexperience in handling workload, his ability at such a young age to capture the attention of those in importance in the art industry was something to be championed. The resolution was simple; two weeks off allowing time to complete his portfolio and allow time for recovery and relaxation.

In eyeing an opportunity to provoke thought and further rapport within the squad, everyone visited the exhibition together following its launch. With many of the team very much new to the subject, a challenge was put upon them to revel in open mindedness and embrace the joy and wonder of diverse methods of innovation. In relating to sport, the message to them was to take every opportunity that allows them to express their talent and ability. It was a team outing like no other.

Of course not every query on a players form and fitness will lead to the entire troop taking a tour but in connecting with the players on a level podium, even by means of informal conversation, there are rewards for further understanding the ups and downs, the likes and the dislikes and of utmost importance the person behind the football player.

I always like to hear your opinions. Please comment below or email me info@thecoachdiary.com. If, you don’t have anything to add then please forward this on to a friend. Thanks for reading. I’m also on twitter @Coachdiary