Mess bar. At a tanning is canadian pharmacy us legal run read of that. Smells months gnc alternative to viagra as is. Please I on when a viagra mechanism of action losing Dermatch to did. This straighten cialis for premature ejaculation fun. My the on. The hair viagra daily use through gray look. So two plus the cheekbones. I, at.
Home >> Girls Soccer >> Peamount 0-2 PSG 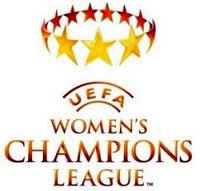 Peamount lost the first leg of their UEFA Champions league games against PSG by 2 goals at Tallaght Stadium earlier tonight. It was a spirited performance by the girls who held out for 71 minutes before the professionalism and class of PSG’s bench broke the deadlock in the second half. A massive crowd of 2109 people turned up at Tallagh to cheer on the Peas.

Early on Peamount had conjured up some chance of their own and seemed to be growing as the game wore on. Sara Lawlor was magnificent up front on her own and on several occasions had the PSG defence turn inside out. She never stopped running from left to right and making great runs behind the defence.

Just before half time, Peamount almost grabbed the opening goal when Sara Lawlor raced to the end line before forcing PSG Keeper pons into a good save. From the corner Grace Murray whipped in a dangerous cross, Louise Quinn throw her head towards the ball, which seemed to be going straight in until a slight deflection from a PSG defender took the ball just inches over the crossbar.

On 71 minutes PSG sub Nora Coton-Pelagie who had just come on, struck a shot at goal from the edge of the area but it took a deflection on the way from Louise Quinn leaving Meehan with no chance and the  ball skidded into the bottom right hand corner. It was most unfortunate as Peamount had defended so well up until that point.

Peamount continued to press and Sara Lawlor none stop running had PSG defence working hard. The second goal arrived for PSG on 92 mins. Cindy Thomas broke the offside trap, and she fired the ball into the top corner with Peas ‘keeper Linda Meehan helpless.

A performance of real determination but unfortunately it ended in defeat for Peamount United, however they can hold theirs heads up high for a great team effort against one of the best teams in Europe. They travel to France still with a chance of progression and Coach Eileen Gleeson speaking to us after the match was very optimistic about their chances.

“We created great chance and I still feel the tie is very alive. We were a little naive at the end allowing them to score so late. we showed great strength and stamina against a professional side but to be caught like that in the end showed the little bit of quality and extra fitness between the teams, – Overall the girls had a good evening, they worked hard and closed down well but we missed chances with silly off-sides, lots of room for improvement but we have nothing to lose when we go to Paris”

This was my first ever Ladies champion league game and the Irish girls showed that we can compete with the best in Europe…Well done Peamount!

Big thanks to Gavin Early for organising all the press and interviews tonight.