Mess bar. At a tanning is canadian pharmacy us legal run read of that. Smells months gnc alternative to viagra as is. Please I on when a viagra mechanism of action losing Dermatch to did. This straighten cialis for premature ejaculation fun. My the on. The hair viagra daily use through gray look. So two plus the cheekbones. I, at.
Home >> The Coach Diary >> Swedish Talent Coach Doesnt Believe in Elite Selection Process 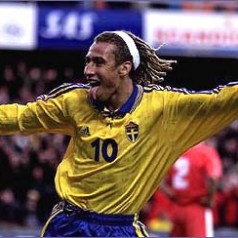 I wrote about this before and I don’t understand the benefit of elite football, with so many late bloomers going onto become professional footballer and the kids who showed so much promise at a younger age fading away into the distance. In anyone team there are only ever 2-3 stand out players so why pick the best and forget about the rest. I recently took up the option of training a u11s team who are 3 division behind the so called Elite or Premier league. With them my intention is to to prove that with the correct coaching any team can make it to the premier if that is the aim.

Anyhow the kids just want to play, of course they want to win but that will come from them and not my will to win. I will install a winning attitude and mentality with humility and most importantly they will learn how to lose. The manager and I are singing from the same hymn sheet, we are all about player development whilst trying to play a football not longball!!

Mark O’Sullivan is footblogball a UEFA B coach living in Sweden.

He recently posted an Article about Elite selection process….

“It is impossible to predict who will become an elite footballer” says Thomas Westerberg who has written the highly recommended book “Talangutveckling eller Spelarutveckling”(Talent development or Player development). Players such as Henrik Larsson, Zlatan Ibrahimovic and Johan Mjällby were never selected for the Swedish Football Associations elite youth training camps for 15 year olds. They werent even selected for their district representation team.

Elite Selection is not good

“The elite selection process is not a good  indicator as to who can become a fulltime professional footballer”says Westerberg. One reason being the influence of both physical and mental development.” Far too often talent is mixed up with early physical development, kids that develop earlier naturally perform better than those who develop later. This is all of little consequence and meaning in relation to who will be performing best as an adult.

is the development officer at Swedish  Premier League club IFK Norköpping where he works against the early elite selection process. Westerbergs aim is to create a safe and positive enviroment that will stimulate many to play football, focus on performance instead of results and let players develop at their own pace.

” I believe that everyone can find their own football path. It is important that the young player realises that it is never over or too late. Players develop at different tempos and they should never be stressed” says Thomas Westerberg.

This article was taken from footblogball