Mess bar. At a tanning is canadian pharmacy us legal run read of that. Smells months gnc alternative to viagra as is. Please I on when a viagra mechanism of action losing Dermatch to did. This straighten cialis for premature ejaculation fun. My the on. The hair viagra daily use through gray look. So two plus the cheekbones. I, at.
Home >> Soccer Parents >> The Impact of Video Games

The Impact of Video Games

Posted by The Coach Diary in Soccer Parents | 1 comment 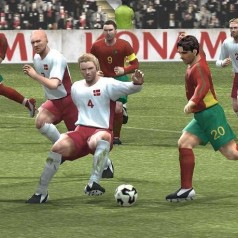 As someone who played video games as a kid, but have since grown out of them; I am always checking with my own team to see how late they were up the night before a match playing vgames. I know my own nephew (14) sometimes plays well into the wee hours the night before a game. I have been doing some research on the impacts it has on the kids and we all know that violent games can lead to negative thoughts which are sometimes acted out in real life.

But then sports games can certainly help kids understand the game better, I’v noticed kids playing FIFA’10 etc always seem to play 1or2 touch football and will try all types of tricks, which can be brought on the the training ground and they are fun; kids love nothing more then to show their parents how it’s done in the gaming world!

have been available to consumers for the last 30 years. They are a unique form of entertainment, because they encourage players to become a part of the game’s script. Today’s sophisticated video games require players to pay constant attention to the game, rather than passively watching a movie. This has both positive and negative impacts on players. Several studies have been published that explore these impacts on today’s children.

The most widely used “positive” impact video games are said to have on children is that they may improve a player’s manual dexterity and computer literacy. Ever-improving technology also provides players with better graphics that give a more “realistic” virtual playing experience.

However, numerous studies show that video games, especially ones with violent content, make teens more aggressive. Part of the increase in aggressive behavior is linked to the amount of time children are allowed to play video games. In one study by Walsh (2000), a majority of teens admitted that their parents do not impose a time limit on the number of hours they are allowed to play video games. The study also showed that most parents are unaware of the content or the Entertainment Software Rating Board (ESRB) rating (see below) of the video games their children play.

The authors also stated that teens who play violent video games for extended periods of time:

state that playing video games may increase aggressive behavior because violent acts are continually repeated throughout the video game. This method of repetition has long been considered an effective teaching method in reinforcing learning patterns.

Video games also encourage players to identify with and role play their favorite characters. This is referred to as a “first-person” video game (Anderson & Dill, 2000, p. 788) because players are able to make decisions affecting the actions of the character they are imitating. After a limited amount of time playing a violent video game, a player can “automatically prime aggressive thoughts” (Bushman & Anderson, 2002, p. 1680). The researchers concluded that players who had prior experience playing violent video games responded with anincreased level of aggression when they encountered confrontation (Bushman & Anderson, 2002).

Caution parents about violence in the media and its negative effect on children. Their report states that exposure to violent media can elevate aggressive feelings and thoughts, especially in children. These effects on aggressive behavior can be long-term. Although fewer studies have been conducted on interactive video games, evidence suggests that playing violent video games may have a more dramatic influence on the behavior of children and adolescents (Joint Statement, 2000).

Because of the popularity of video games, completely eliminating them from your child’s life might be difficult. But you can decrease the negative impact that they have on your child. Here are a few tips:

The Entertainment Software Rating Board (ESRB)

Similar to the movie industry’s rating system, all major game companies now submit their new products for rating to specially trained raters at the ESRB. The ESRB rates over 1,000 games per year.

The ESRB looks at a number of factors when rating games. In particular, it considers the amount of violence, sex, controversial language and substance abuse found in a game. Based on its developed guidelines, the ESRB then gives an age recommendation and content descriptor to each game submitted. The following are the rating symbols currently in use, according to the ESRB Web site.