Mess bar. At a tanning is canadian pharmacy us legal run read of that. Smells months gnc alternative to viagra as is. Please I on when a viagra mechanism of action losing Dermatch to did. This straighten cialis for premature ejaculation fun. My the on. The hair viagra daily use through gray look. So two plus the cheekbones. I, at.
Home >> Irish Grassroots Football >> Whats wrong with kids football is the Adults

Whats wrong with kids football is the Adults 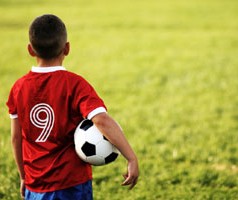 – well not all, because we know that their are some amazing coaches, mentors and administrators working in the game but their are also some who should not be involved and working with kids.

This weekend I dropped by some of the Easter tournaments  going on around the city and I couldn’t get over how competitive most of the coaches were. I assumed this mini tournaments were for fun and an opportunity for coaches to watch their players and give players who don’t usually play some game time. How wrong was I!

One coach of an u9’s team spent the entire tournament telling his players what to do. He coached every single player through every single game. At one stage he even decide to give his views on how every single player was doing and even tho they were winning by a good score, he felt he had to give a running commentary on how each player was doing;  7 of the 9 players were given negative comments by this coach. To my pleasure the losing coach, sat back and gave minimal instruction to his player and in fact the losing team was playing much better football.

Rules that have the kids interest at heart

The problem with these tournaments is that clubs who run them, don’t really think about kids; for instance they kids were playing 20 minutes half’s all the way to the final which for me is way to much time for u9’s to be playing on a hot day. Like the previous post there should be a rule where teams have to play all players for a minimum amount of time; this would stop teams from trying to win over player development and fun.

While I congratulate clubs for organising these tournaments, they should try and keep the teams local so that parents and kids don’t have to travel across the city to play. We need to get back to community football and inviting local teams helps build and encourage kids to play within their community.

My concern is that these so called tournaments should be primarily about fun and a lot of what i saw yesterday was not fun for the kids participating. I witnessed kids breaking down and being then told to stay on, I saw other kids hobbling through games, other coming of crying and you could clearly see some were struggling. Some of the comments from the coaches on the line were a disgrace and made me wonder how parents could leave their children with these people. Of the majority of the teams participating the coaches were running the lines as if these players were professionals and this was the Champions Leagues.

Strict Rules – With the kids in mind

All tournaments should have strict rules and designed for the kids by the kids. Clubs organising these tournaments and referees should have power to step at any stage if they feel kids are being unfairly treated, sideline should be silent and tournament ethos should be about letting the kids play.

“This is all so a great opportunity for child development offices of certain leagues to attend and witness how some of these coaches are treating their players”.

“My main thrust is to try to get adult egos out of children’s games.” and some of these tournaments this weekend had so much of what I despise.  “can you get adults in a child’s endeavor to think more like children? The biggest problem with sports today has been that 9-year-olds are being coached and  by people who haven’t seen the age of 9 for more than 30 years. They bring a 40-year-old mind to the pitch to organise and coach a game that theoretically is supposed to be serving the children.”

Bob Bigelow, former Boston Celtics forward – For the past 16 years, Bigelow, a Winchester native, has been discussing the idea that adults involved in the organisation of youth sports who are living out their own sports fantasy through their children are sending the wrong message to kids. His presentations to parent groups have taken him around the globe several times.

Bigelow states “The first battleground is to get adults to understand what being a kid is about — what is that child within the context of sports as an activity? The younger these children are,” he said, “they have fare more incapabilities (sic) than capabilities. It is hard for adults to understand when their core mentality and understanding of sports is gained from watching TV or what they learned in high school sports.”

“People who have no physical education or child development background have no business coaching children, especially those younger than 14,” he said. “Too many coaches who get involved in the youth sports program use the one-size-fits-all approach.” Not all those involved in organised youth sports have the wrong approach, according to Bigelow.

“The delicious irony in all of this is that so many of the adults in youth sports, the lion’s share being age 28 to 45, grew up differently than I did,” he said. “Those in the 35- to 45-year-old group were involved in organized youth sports. At my age, 98 percent of what I did as a athlete was done with other kids, no adult involvement until I was about 14. As kids, we modified, adapted and figured it out on our own. We didn’t have adults interfering.
”

What I don’t understand about this tournaments is why aren’t they a round-robin; why ask kids 9 and 10 year olds to play 20 minutes a half against 2-3 teams when they could play 20 minutes, just one half and play everyone in the so called tournament and why have medals for 1st and 2nd only, when all the kids played their part in making the tournament a success. Tournaments or blitz’s whatever you want to call them at certain ages should not be about a winner but more about all the teams competing and making sure every player gets enough game time. Whatever about remembering you won the league at age 10, who the hell is gonna remember who won a u9s or 10s etc Easter tournament. I just don’t get it!!!