Mess bar. At a tanning is canadian pharmacy us legal run read of that. Smells months gnc alternative to viagra as is. Please I on when a viagra mechanism of action losing Dermatch to did. This straighten cialis for premature ejaculation fun. My the on. The hair viagra daily use through gray look. So two plus the cheekbones. I, at.
Home >> Irish Grassroots Football >> COACHTALK: Hugo Vicente 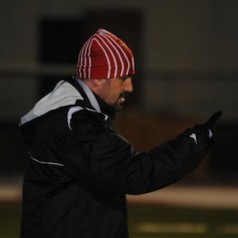 TCD: Did you play soccer before you started coaching?

HV: Yes I did played soccer until I was 25 but I never reach top level and because of that I started to have other priorities, and then it become a natural choice to stop playing since my job was also not compatible to be regular trainings, so I preferred to stop because I like to be fully committed to what I do, otherwise I don’t see any sense in doing it.

HV: Well, it was by chance… when I stopped playing, one of my former coaches asked me to give him a hand as assistant coach on a U16 team. I was doing nothing after work at that time so I decided to give him a hand, but to be honest, I had no clue that this would be my real passion. Suddenly I saw myself in a situation where I had to be in charge of the whole team because the coach had decided to drop out, and event though I had no idea of what I was doing or how to do it, I loved the experience. Since things were going well, the club asked me to continue but I had to start with the youngest, an U9s team.

With that responsibility, I had to educate myself to make a difference on their development as football players and to provide them a good experience. I had just discovered what I “want to be when I get older”… and since then, it has been a great journey full of great experiences.

HV: My current role is Head coach of the First Team and also Academy Director. The main idea is to develop a mid-long term project here, and that was a great challenge for me, since it allows me to implement my ideas in the club and how to develop football players from the bottom to the top and vice-versa, but obviously there are some challenges, but that is also what it makes so nice.

TCD: How does football differ in Norway compared to Portugal?

HV: Well, the differences are a lot, from the organisation of the game and the involvement of the the FA and local FA’s, and also on the game itself, it is all very different. In grassroots I think that is where you can see the bigger differences, with a goal to include everybody which I consider great but at the same time, with a very low level of demand and no chances to select the players with more potential at the younger ages but the differences are too many, some for good, things that I think they would work in Portugal quite well, but also a lot of the differences for bad, and some of them have a huge impact on the level of the game in terms of quality of the children’s football. Which influences the whole development process in a negative way. So you can see many differences in the way the game is organised, in the way of coaching, in the style of playing, in the type of players, etc.

HV: In Norway one of the golden rules at the grassroots game is that football is for everybody and that is almost untouchable! All kids are involved and treated the same way. Football is for everybody, for as long as possible, and for as good as possible. The idea is that you should play and enjoy football, regardless of your level of ability. It is the parents that are mostly involved and control the game here, not proper educated coaches , but the local FA’s are great in terms of providing help and guidance to the clubs comparing to my country. This way of organising things is great for the game and a perfect promotion for the sport; good for the social relationships and integration of everybody, but at the same time, there is also a huge lack of demands at this level, and compared to the seriousness that we run football in Portugal. Even for kids aged 7 and 8 years, seems like you are living in another world, I don’t say that the way we do it in Portugal is perfect, because sometimes we rush things a little bit and we put too much pressure on kids at a younger age, but at the same time, this reality here is so so relaxed that I really believe that a balance between this two worlds would be amazing.

I do believe that you will be as good as you are stimulated to be and I do think that the environment is essential for a good player development and by that I mean that the game should be taken a bit more serious and not so recreational, we shouldn’t be afraid to understand that players will only improve and have fun if they are challenged by players at the same level as them, not much better or not much worst.

HV: The 11 a side starts here in my region starts at the age of 13 but due to this idea of everyone included, you can have your team on this age group competing in several competitions according to the number of players. So basically, if you have 20 players you should register a 11 a side team and a 7 a side team, to make sure everybody plays. It’s hard to be against this great idea.

This is where, going back to the previous questions, you can see even more differences between Portugal and Norway.

In my country it is ok to be better than the others, we are educated to try to be better than the others in everything because that might be the only way to survive and in football that is even more enhanced. So the players with highest abilities are at a very tender age differentiated from the others, and all age groups in every club will be based by levels of ability with the coaches controlling the process.

Here in Norway is definitely not like that, but to be honest, I think that in Portugal we are pushing kids too much, not only the clubs but also the parents, and there is only place for the better ones, and the ‘not so good’ ones will have to play recreational football with no official competition or play at very very low level, where any “bad judgment” of the way a kid develops, can mean remove him from an environment that is going improve him and we easily “loose” a potentially talented player with this process.

In Norway it is totally the opposite, we make the environment so, so easy, and so, so undemanding, that the ones with potential ending up by not having regular challenges because the groups are too very unbalanced in terms of the ability etc. So everything is all about fun and even though technical development is preached to be priority, if you are very very good, playing against very very bad players, none of the players will have fun or enjoy the game. At youth football, after 13 things change, and again event though there still needs to be a place for everybody, it is more common to take care of the players with good potential, but in my opinion we have lost a very important period that will have a big impact on the long term development of the better players in Norway.

HV: Hard to answer this, just like that, because it depends a lot on the age and the club you are working on. If you only have one philosophy you will probably be very limited in your progression as a coach but some key aspects that you can identify easily on my coaching is that football is always THE priority – the way to play, the behaviours on that play and the technical development to be able to play that way is for me essential things in my training sessions, (if you need something more specific try to make the question more specific).

HV: I like to think that the books, the regular coaches discussions with and the practical experiences were and still are my mentors because that is where I really feel that I have learned. In terms of personalities, I had some people that were very important and made me think about things the way I do, with many perspectives and not just the obvious ones, and they were all the people I worked with (even the ones that only try to make your life harder and wishing that you succeed), but there is one name that I really think it was inspirational, which was Prof. António Fonte Santa, from SL Benfica, by making things so simple and yet so complex, and it is a person that impresses me by the way he can inspire others.