Mess bar. At a tanning is canadian pharmacy us legal run read of that. Smells months gnc alternative to viagra as is. Please I on when a viagra mechanism of action losing Dermatch to did. This straighten cialis for premature ejaculation fun. My the on. The hair viagra daily use through gray look. So two plus the cheekbones. I, at.
Home >> Irish Grassroots Football >> EXPERT TALK: Footblogball with Michel Bruyninckx 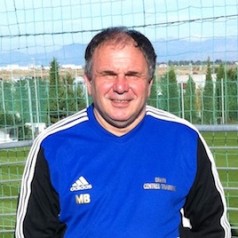 Footblogball has continued he’s series of excellent interviews with brain centered learning coaches. I’m delighted to be able to post this on the TCD blog for you.

Footblogball: You have recently been working at AC Milan . Can you give us a brief insight as to what you were doing there and how responsive did you find the players and coaching staff to your methods ?

Michel: We have been working on cognitive readiness, perception and multi tasking. The players’ interaction and communication had to be improved. After 3 days the coaches already saw some changes. Both the coaches and players were reacting in a very enthusiastic way on the new drills. We have been invited back to show more of our concept.

Footblogball: Seeing as genetically influenced doesn’t mean genetically determined we can say that talent is not prepackaged at birth , but takes time to develop .One of the most important discoveries in recent years is that the environment triggers gene expression. Talent develops through the interaction of genes and the environment . How does your method help create the right environment for player development?

Michel: The environment delivers a mental and a physical framework. We work on the organization of both. Regarding the mental part we try to exclude stereotyping and too much competition between the players based on the differences regarding physical maturity. Also the fact we try to match learning in a better way with brain functioning has got an enormous influence on the learning processes.

Footblogball: Our brains grey matter that has been growing through our childhood shrinks dramatically in our teen years while at the same time white matter . made up of axon fiber connections between brain cells increases. This white colour comes from myelin something that you have referred to in previous interviews and is a key factor in regulating the speed in neural circuits so that they combine at the right time. As football is a flexible circuit activity where the player must understand and solve many problems and apply the right skill to these challenges , what advice would you give to a coach who wants to use a more brain centered approach to his coaching of young teenagers who have already been coached in a more traditional way?

Michel: The grow of myelin is based on repetition with variations (a combination of linear and non linear dynamics) but embedded in a structured and very visible football environment. A specific space mapping is indispensable to set up a logical line players will use to build up their knowledge – principle of retrieval structures. For the organization of each drill it is very important to combine the technical performance with the influence of time and space.

Footblogball: If 6-12 years is referred to as the “golden age for player development then could we not describe , with all that is happening in the brain , the teenage years as the – “Golden Age of Brain Development “?

Michel: First of all the “golden age for player development” must focus more on multi sports. A too early specializing is not good for the postural development of a player. So it depends on at what age a player starts to practice ball mastery and game development may not be understood as “competition” – the French federation decided to organize no more competition before the age of 14. Mastering a game means that players can go to more “decision making” themselves. You can’t expect them to do this in adequate way if they don’t have a well designed referential learning framework and through the fact their prefrontal cortex is not full grown they need the help of a coach.

Footblogball: We hear a lot about agility and speed in the modern game but for me and especially at youth level , perception and decision making should be trained at the same time otherwise there is a risk that there will be a break down in the connection between how the young player experiences training and the real game. Perception can improve a players agility while the ability to perceive and react quicker ( make a decision ) can help the speed in which an athlete can move in a new direction.

Can you discuss this statement?

Michel: I agree with your statement: we train too much “single focus”. If we train or coach our players continuously within our physical potential (more based on reacting than acting), we shall never match with the future game. A faster understanding of the brain when an action is developing will speed up decision making. Speed is no longer a pure physical matter but more and more a neuronal issue.

Footblogball:  Research suggests that young players only retain 18% of concepts that are learned passively but 68% of that which is learned actively , thus implying the need for a more player centered training rather than coach centered . Can suggest how by using your methods this can be achieved ?

Michel: Once they have the learning framework, we can ask them to train and coach themselves. We regularly make use of double tasking. Here the players take the lead using mathematical tasks and different languages. Concentration level needs to be high as Xavi Hernandez says: “Think, think, think etc….. “

What environment does the club /coach create for the player ? Is it a winning first culture ? something that I associate with talent identification ( based on physical qualities, identify the best player now to win , short term. ) possibly creating extrinsic motivation. Where perhaps a “development culture “ OBSERVES talent and offers a safe , challenging and exciting environment and encourages intrinsic motivation therefore enjoyment and a more long term approach where the player takes more responsibility for his own develop

Michel: Player development is about learning NOT performing. It is a continuous follow up of the development of mental, physical, technical, cognitive and tactical skills.

All over the world most of the time early matured children are selected to be part of the highest competition and to prove they can WIN. I worked with many young players that have been sent away because they could not show immediately how to perform and win. Many of them are today pro players and at the highest level in Europe. There is no uniform learning model or perfect technique to teach a player how he or she has to do it. He has to learn to explore his or her own potential by his or her unique body and brain organization.