Mess bar. At a tanning is canadian pharmacy us legal run read of that. Smells months gnc alternative to viagra as is. Please I on when a viagra mechanism of action losing Dermatch to did. This straighten cialis for premature ejaculation fun. My the on. The hair viagra daily use through gray look. So two plus the cheekbones. I, at.
Home >> Coach Talk >> Footblogball: Interview with Hibernian Youth coach – Colin Jack 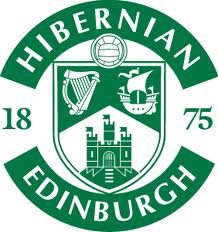 Q.The Scottish FA  teamed up with the Scottish Youth Football Association to launch a new National Player Pathway from March 2011. Within your role at  Hibernians  how do you take part in this initiative?

A. The player pathway is purely for recreational players, whereas at Hibernian we deal with professional youth players. However, in my opinion the national player pathway is something of benefit to the grassroots game in Scotland. This provides the basis for where Hibernian and other pro clubs pick there players and by giving kids a structured environment to play organised football is great.

Obviously this needs to be matched by the kids playing as much football away from these games/tournaments as possible. But the key thing remains at the young age of getting kids to fall in love with the game of football. This is absolutely key, so no pressure need to be applied to the kids, just pure enjoyment.

Q.It is claimed that it is the first time in Scotland, all children playing club football will play a format of the game that relates best to their age.We at Footblogball read a little more into this statement as a sort of acceptance of the death of “street football” or any form of spontaneous football. What are your feelings on this?

A. There is two areas of youth football in Scotland 1; recreational or boys club football for amateur young players, with a range of playing abilities and 2; Pro-youth where the best players are recruited by the clubs and play fixtures every weekend. I think the fact that there are two separate bodies the SFA and the SYFA is a cause for concern as there is a clash of interests and also for the organisation of the game within regional areas. I think there needs to be one sole body in which all football decisions are taking with regards to recreational and professional play. These decisions could be taken with debate involving the organisers from each area/region.

I think what the Scottish FA mean by this is that every club team will play an organised game at the weekend. Rather than before when kids from different areas would play different rules and games. Some areas play 7 aside at 8 and some 8 or 9 aside. So I think its important everybody follows a pathway which is best for all.

In this respect I think the Scottish FA have managed to do this. A loose framework for organised club football. However, I do think they also need to address the purely recreational side of the game, whatever your standard. In Scotland it has become near impossible to play street football, however, there is many artificial areas available to kids to play football. Key I think is to get kids to love the game, encouraged to play and perhaps even have a coach or organiser at each venue to make sure the kids are playing in a safe environment. This could be just purely in an overseeing capacity where no coaching takes place.
So, organised club football at the weekend in the recreational sector and organised football throughout the week where kids can turn up and play for no cost and no coaching. The key is just to get kids playing football at any time of the day. They then go to there clubs for coaching.

Q. The only adult involvement in football when I was between the ages of 6 and 10 was being called in by my parents for dinner. All this of course has changed where adult expectations such as competative drive means kids hardly have time to fall in love with football, to play for fun and  develop their skills and creativity in a stress free environment. Has the Scottish Youth Football Association or you in your role as a coach at Hibernians done anything to address this situation? How do you personally feel about this?

A. What is absolutely clear here, is that in order for kids to get any better at football they must fall in love with the game and become mini-football experts, in terms of ball skills but also understanding the game and the professionalism which should go hand in hand with the game. This also helps create friendships and a more respectful community around the game.
The Scottish FA have introduced ‘street football’ and other programs designed to look at kids playing football for no fee in areas, but this is down to funding again and some can’t be continued due to the lack of money. This is something I think the Scottish FA need to address. I cannot speak for all off Scotland but I do no feel the Scottish FA does enough along with clubs to play enough football. In my opinion, and as previously stated, getting kids to the local park just to play football is key. Play with friends and stop playing the computer is key.

Q. Recently you were in Stockholm at a Coerver coaching camp for kids. How did this come about? What age groups were you working with? Did you notice any differences between the Swedish kids and the Kids from Scotland with regard to how they play the game, expectations even at a such a young age

A. I had the opportunity to come across to Stockholm with Coerver as I work with Coerver in Scotland on a part time basis. I have been abroad before with Coerver to both Norway and Portugal and I thoroughly enjoyed my time in Stockholm. I find Coerver a useful tool in teaching kids the basic skills and I believe when applied properly can be of great benefit to players. However, this is needed to be mixed and matched with other training and the coaches own ideas on the game to produce quality training. Coerver on its on is merely a technique acquisition session not a skill and game related session.

The kids in Stockholm were fantastic, the behaviour and culture was obviously much more different to Scotland. Kids in Stockholm can obviously speak English relatively fluyently and this helped me enourmously but also helped the kids. With learning another language the kids had a more rounded and appreciative nature, this is perhaps to do with the awareness of other cultures.

In Scotland I feel kids can only speak English and do not have an awareness of outside cultures, perhaps due to georgraphy, but it is something that I think is key. The Swedish kids were much more appreciative and there behaviour was exemplary compared to kids in Scotland. I do not know the social situation in Sweden but perhaps this is something to do with it as kids in Scotland can tend to come from a range of social backgrounds.
The kids in Stockholm football wise were very much more tuned into what was needed, when practice time came the kids were solely focused on this. Coerver involves lots of repetitive drills and the kids, despite being of varying age, seemed to enjoy this aspect.

Further more, when asking the kids to do the techniques in match situations they were very keen to replicate this and understand the context of when a technique would be used which then turns into a skill. The kids were also extremely fit and agile and all enjoyed healthy lunches, something that is not replicated in Scotland. This all contributed to the more ‘football is a profession’ atmosphere compared to that of Scotland where there is still a certain culture that attaches itself to the game.

One point I think is absolutely key and I would like to reemphasize this, is that kids need to play football. This does not mean coaching after coaching  but just solely football. Small sided games and games created on the spur of the moment need to return and I think everybody can do something to help this.

Colin Jack: In his own words.