Mess bar. At a tanning is canadian pharmacy us legal run read of that. Smells months gnc alternative to viagra as is. Please I on when a viagra mechanism of action losing Dermatch to did. This straighten cialis for premature ejaculation fun. My the on. The hair viagra daily use through gray look. So two plus the cheekbones. I, at.
Home >> Irish Grassroots Football >> Have some RESPECT 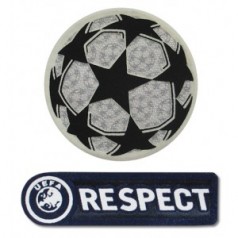 Last week I dropped into the a u9s tournament in south Dublin, a well run event and plenty of other activities on display for all the kids to enjoy. As I was leaving the park I stopped to talk to a friend who was watching one of the games, a penalty was awarded for a hand ball, one of those decision that a ref has a split second to make and one that some refs give and others don’t, “ball to hand, hand to ball” kind on thing.

Once again verbal abuse was launched at the young referee for making a honest decision, the man in question was well into his 50’s (a parent coach) and been carrying on for most of the time I was there and for about 5 to 10 minutes after the penalty was missed by the young lad.

Soon, the ref had enough and ordered the man out of the park, reluctant to go and the situation had turned sour; kids started to get involved with some even crying. The man’s young daughter soon started shouting at the ref saying, “that’s my dad, you can’t send him away” ….after a short time all was resolved and the man was allowed to stay (No apology was offered tho)

Bad for the game

To often this kind of nonsense from uneducated morons goes on and we as coaches/managers/parents have to try and stamp this out of the game. Referees are mostly honest people, they make mistakes like all of us and I for one totally respect what they do and I wouldn’t do their job for all the money in the world. Like them or not we need them….and if adults continually abusing refs then kids will follow, this men/women should be respected; kids should learn how to respect their elders and adults should learn how to control themselves and if they can’t then they need to be removed from the game. This is a kids game, adults need to take a step back away from the line, back so far that they can’t hear what the kids are saying, far enough so that they can’t get involved in the game….Its time to start acting responsibly!

Teaching your kids manners and discipline

Teaching essential social skills in your kids is one of the most important (and sometimes dreaded!) tasks of good parenting . These basic social skills can impact and define the rest of their lives right from the playground to the family, school classroom, the pitch and finally workplace and relationships. Hence providing a good foundation becomes essential.

Actions speak louder than words, when it comes to kids. Most of the times we teach kids through our body language and unconscious actions as compared to sitting them down and telling them consciously. Kids learn naturally by observation and imitation and hence it becomes important for us, as parents to set a good example and walk the talk or at least only talk about that which we can walk too!

St. Petersburg psychologist Dr. Herb Goldstein has outlined a philosophy of winning. Key to this philosophy is the belief that:

Probably the most important things parents can do is to ensure that their child has a good coach. The right coach can make a child’s sports exposure a good one, but the wrong one can ruin it—perhaps turning a youngster off to sports for good. That parent/coach abusing the ref at the u9s tournament is a bad coach, and parents have a right to step in and questions his motives.

Parents & Coaches need to do more than cheer from the sidelines to guarantee that their child has fun in sports. Perhaps the best thing a parent can do is to help fit the triumph and frustration of sports into a balanced healthy life. It is really not that important how many medals and trophies a youngster brings home.

He or she is your child first and an athlete second. Cheer your kid on, but give the whole team your enthusiasm, win or lose, and let them know that it’s not the score that counts but the FUN!