Mess bar. At a tanning is canadian pharmacy us legal run read of that. Smells months gnc alternative to viagra as is. Please I on when a viagra mechanism of action losing Dermatch to did. This straighten cialis for premature ejaculation fun. My the on. The hair viagra daily use through gray look. So two plus the cheekbones. I, at.
Home >> Eamon Scott >> Cup Mauling= No benefit to anyone!!

Cup Mauling= No benefit to anyone!! 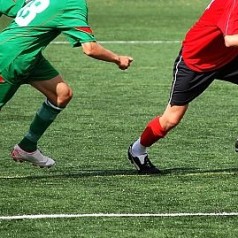 This is a great article by Eamon Scott (Titles are my own) – Last Saturday 4th February,  DDSL Under 11 Premier side St Kevin’s Boys hit nine-goals past a hapless Balbriggan in the Under 11 SFAI Menton Seery Cup. I watched the game with NDSL reporter Ger Brady. By the final whistle, no one could argue that the SKB’s were full value for their win and Balbriggan had been beaten by the better side. We’ve all heard of stirring cup victories against the odds and how the Big Boys have been brought to their knees by lowly opponents. No chance here!

This is not a criticism of the SFAI but rather a suggestion that Saturday’s affair was no-contest and while you’ve got to enter to win or be beaten, the question has to be asked: what benefit was  there?
Balbriggan got a hiding that may live with them for quite some time, while St Kevin’s – although falling behind to a second-minute penalty – were never in any danger of losing. The jury therefore is well and truly out on the SFAI Under-11 Menton Seery Cup and the question is whether it is defeating the purpose of the 7-a-side game with a national competition that is not only creating some very one-sided games, but also meaning kids and parents are having to travel across the country for a 9-a-side match.

Questions need to be asked…

After a very one-sided game in Balbriggan, surely questions have to be asked about what benefit this competition is to kids setting out on their footballing careers if games can be so lopsided at times. The SFAI must ask themselves whether or not this competition is setting the right example if you are going to have  heavy victory/defeat scorelines?

In the NDSL  Under-11 the matches are non-competitive but as one Balbriggan representative after the game in North County Dublin on Saturday said; “It’s very difficult to tell the kids one week, it’s all about practice and doing things right, and then today telling them something different because they have to win.”
And certainly for a side like Balbriggan, it can be no benefit having lost by such a heavy margin. Now imagine travelling to Cork or Galway and going through the same thing!

In the next round, St Kevin’s Boys may face a Cork team at home. In the last-32 draw, Mount Merrion were at home to Salthill Devon from Galway. Malahide had to travel to Clonmel and Belvedere were on the road to Ballyjamesduff!

is to limit the competition to clubs with ‘graded’ Academies. That would hopefully take away a lot of the one-sided games, while also pushing clubs to develop academies, meaning more good news for kids in terms of better quality coaching. Surely the small-sided game was brought in to give more kids more of the ball and therefore develop their skills in a better way, and not to have young kids travelling all around the country to play a one-sided match.

Glory is great, but at what cost?

TCD would like to thank Eamon for allowing me to post this article, which can only benefit and influence the powers to be, to make the changes we so desperately need! (The kids)