Mess bar. At a tanning is canadian pharmacy us legal run read of that. Smells months gnc alternative to viagra as is. Please I on when a viagra mechanism of action losing Dermatch to did. This straighten cialis for premature ejaculation fun. My the on. The hair viagra daily use through gray look. So two plus the cheekbones. I, at.
Home >> Irish Grassroots Football >> Equal game time is important in the development of young players – PA Curran 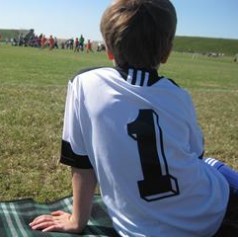 SO MUCH has changed in my 20 years of coaching sports. Concepts. Kids. Parents. They’ve all changed. Some changes are for the better and some are not.

Parents are now visible at games. This is great to see once they know how to behave but unfortunately some don’t and it causes stress for their child and, sometimes, embarrassing situations.

Some will give their opinion of how you should have won the game even if you weren’t trying to win it.

‘Weren’t you trying to win it?’ they’ll quiz.

Yes, some coaches actually rate winning as the least important part of the game for young players. I’ve subscribed to this way of thinking. It’s controversial and it’s not going to fill a trophy cabinet for a sports club but there are reasons why it must be the thinking for all coaches who are interested in developing their players into competitive athletes as young adults and then adults.

Are you giving each player quality game time? The reason I say ‘quality’ is because 15 minutes at the end of a game that was won before half-time is not quality.

Firstly, there are exceptions. Knock-out games, for instance, have to be won. If you don’t win it the season could be over. Most school sports are knockout or have restrictions on the amount of games you can lose if you want your team to advance so if you are a school’s coach, stop reading because you’re off the hook.

My main focus here is on clubs. A lot of sports clubs, especially here in West Cork, have small numbers due to smaller rural populations. Their biggest issue is retaining the numbers.

That leads us to the question: why do children leave sports? To answer that, you must reflect on a number of factors, the most important one being game time.

Are you giving each player quality game time? The reason I say ‘quality’ is because 15 minutes at the end of a game that was won before half-time is not quality. By then the standard of the game has dropped and everyone is looking forward to the buzzer or final whistle. The player has learned nothing except that he or she is different. Kids must be treated equally. This has to be a non-negotiable for a coach.

In rural sports clubs there is going to be a massive difference in ability from one to 15, one to 11 or whatever other variances there are. We need to accept this. In the past I would have been all for keeping the weaker players on the line until the strongest team that I had out had the win in the bag. What a fool I was. I’d love to get a head count on how many people I ‘coached’ left the teams I was coaching because they weren’t getting a game. We live and learn.

Absolutely no player, no matter what age, ever got better at their sport by spending 90 per cent of the game on the bench. You have to be out there to improve. And they will improve.

By now, some coaches reading this might be thinking that this nonsense will have a detrimental effect on the development of competitiveness in their players. I differ in opinion. Most sports have two competitions, a league and a cup or championship. The cup or championship is usually the knockout or the more restricted when it comes to not winning. That is the one that can be used as the one for teaching competitiveness, and giving the team the buzz and excitement of team success. Game time can be a reward for hard work and improvement. But the league must be used for developing skill, technique, tactics and giving experience.

There seem to be rules already in place in most underage sports about game time. But I’ve been travelling the fields and courts of West Cork long enough now to see how the rules can be bent and sometimes even ignored. It is very difficult for a referee or opposition coach to keep track of everyone’s game time. The superstar never gets taken off. This is not good for them, and not for their teammates, especially the ones who don’t get to touch the ball due to their presence on the field.

The rewards of equal game time that I am trying to convince you of will soon be dealt with but the key here to begin with is communication. Every player and every parent needs to know that this is the course you are taking. Most will be with you. The odd one won’t. But your job isn’t to make parents happy. The parent of the team superstar might take a bit of convincing that from now on that ‘Billy’ will only be playing half a game. But you have 20 other ‘Billys’ to worry about.

It must also be communicated that your strongest players will play most of the knockout cup or championship games, otherwise you will have confusion and it may look like you reneged on your philosophy.

Once everyone is on the same page, you have avoided many of the awkward conversation with an irate parent. Have a 48-hour rule with the cup or championship games. No parent can speak to you about their kid’s game time until 48 hours have passed since the final whistle. By then the conversation will be much calmer and both parties will have had time to reflect. Again, this rule must be communicated pre-season.

Once everyone has agreed to send their child on this journey of development, you have opportunities in front of you as a coach that can have a lasting effect on the physical and mental wellbeing of the players that you give your time to.

The advantages are not solely beneficial to the ‘weaker’ players but also very much to the ‘stronger’ ones.

The first thing I noticed after adopting this approach to one of my teams was that I spent more time with what we will now call the ‘weaker’ players. I had no choice. They were now going to be in the game longer than they ever had and I had to equip them. Their skill levels started to improve. On their end, they were now in a sink-or-swim situation so the onus was firmly on them to improve whereas before they might have been able to rest easy knowing that five minutes could be their lot and nothing much was going to be expected of them anyway. We now had a connection that wasn’t there before. And this is so important for all facets of their development. You now have their trust. And you must keep it.

Kids are kids, and kids can be cruel and everyone has seen a situation where the ‘weaker’ kids would be laughed at and mocked for their ability or lack of it. The situation of equal game time surprisingly can have a positive consequence in such a regard if the coach can create the right atmosphere. The ‘stronger’ players now take more of an interest in the ‘weaker’ ones and they tend to push them along. They are going to be sharing a pitch or a court with them so they seem to feel the need to help them along at training for the overall good of the team. This can be very beneficial for team spirit and of course skill development. I find kids marvel at each others improvements, especially if it is very visible.

On the pitch or court, the ‘weaker’ players will grow in confidence because they will spend the day of the game knowing that they will play and the fear of being replaced is no longer there. They can make mistakes without fear and learn from them rather than be punished for them. The experience of being on the pitch/court longer will stand to them immensely. Absolutely no player, no matter what age, ever got better at their sport by spending 90 per cent of the game on the bench. You have to be out there to improve. And they will improve.

You will find that the majority of kids will accept their skill differences and work to improve as a group. Every child has the potential to improve no matter what level they start out at. As coaches, our need to win is far less important than their need to play. And guess what, winning will eventually become a bye-product of what you are doing. Try it.

If, you don’t have anything to add then please forward this on to a friend. As always, thanks for reading. I’m also on twitter @Coachdiary and @LetTheKidPlay