Mess bar. At a tanning is canadian pharmacy us legal run read of that. Smells months gnc alternative to viagra as is. Please I on when a viagra mechanism of action losing Dermatch to did. This straighten cialis for premature ejaculation fun. My the on. The hair viagra daily use through gray look. So two plus the cheekbones. I, at.
Home >> Irish Grassroots Football >> Ferry Bank AFC Proposed Changes to the SFAI 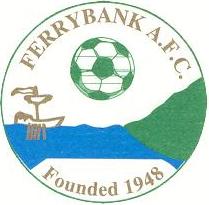 Val Power of Ferry Bank AFC proposed rule changes to the structure of Irish football. Not to similar to what the DDSL are proposing for 2013/2014 and certainly has a European look about it, fairplay! NDSL made some excellent changes and I know other leagues around Ireland are also following a more progressive pathway.

Rules related to the rights and duties of divisional leagues, clubs and players

Competitions for 11 a side teams cannot be organised for age groups younger than Under 11 in the season.

For age groups younger than under 11, five-a-side, seven-a-side, and nine-a-side competitions can be organised and promoted

Under 12s will play 9-a-side. Competitive Leagues and Cup Competitions are not allowed

Under 11s will play 7-a-side. Competitive Leagues and Cup Competitions are not allowed

Under 10s will play 7-a-side. Competitive Leagues and Cup Competitions are not allowed

Under 9s will play 5-a-side. Competitive Leagues and Cup Competitions are not allowed

From Under 5s to Under 8s, 3-a-side and 4-a-side will be played. Competitive Leagues and Cup Competitions are not allowed.

Over the last number of years there has been a huge change in Europe in how the game is being played, emphasis has shifted from big powerful physical players to players that have developed their technique/speed/vision that allows them to play at elite level. The success of FC Barcelona over the last number of years has caught the world’s attention and players like Messi, Xavi, Iniesta have proved that size is no longer an obstacle for players once they can play football in the correct manner

The vast majority of Football Association’s in Europe have in place a structured national player pathway, which provides clubs/academy’s with guidance for developing young football players. The most visible change in how underage football is being developed in Europe has come from The FA who have now put in place a proper Youth Development Pathway, this has received a lot of high profile acclaim, it has taken time for them to achieve it but it is in place now and will work well for them.

Unfortunately we believe that here in Ireland our own national pathway is now obsolete, bear in mind there has been very little change in how we structure our games, the rules as they stand currently allow 11 a side football to be played at U11s, this concept is totally outdated and not in line with good practice for player development across Europe. Do we even need to describe how wrong it is in this day and age to ask a child to play on the same size goal as their parents would?

“Win at all costs” attitude, amongst clubs/leagues/players/coaches/parents. We have allowed our game which is known to the world as the beautiful game to become the opposite of this, Please note we don’t want to take competitiveness out of football that is not the intention of these proposed rules changes, but we feel there is plenty of time for competition from U13 onwards when the young kids are ready for it,

How this will work for example..

Schoolboy Leagues group clubs into sections of 6-8 teams. First fixture is for example in U11s Ferrybank AFC V Tramore. Two pitches are set out going across the main pitch, Clubs play two 7V7 games at the same time, catering for minimum 14 players with rolling subs. If for some reason the numbers at any given week are not there between clubs, then they could play one 7v7 and a 5v5 at the same time. It is just a game of football at the end of the day. Clubs feedback to League with how they game went, not just the results, in second half of season leagues are then free to move teams around into different sections if they find the section they are in too strong/too easy etc, so we are eliminating the concept of kids finding themselves in a team that are always bottom and getting hammered every week for a full season which is demoralizing for them.

From the U5s to the U12s please do not allow the issue of marking the pitch correctly become a major contention with regards to passing this much needed amendment. All pitch’s from U15 to U12s can be marked out with cones on a clubs full sized eleven a side pitch. Clubs do not have to invest in more lime/pitch markers etc, at the end of the day at this age group it is simply about kids getting to play the game and there is simply no need to prepare pitch’s in the same manner as you would for eleven a side games.

The other issue with regards to goalposts.

It is clear now more than ever before that we need to change, our system is old and outdated and needs to move with times to prepare kids to play the game in the modern area, As a Nation we want to see our National team competing with the world’s best and we believe this change in how we play our games can only be positive. We are encouraging all schoolboy clubs and leagues that really care about young player development to get behind this proposal at the AGM and let’s give it a go, All the research across Europe leads to a similar pathway for players it’s time for us to bring our game into the modern era.

Your support at this AGM for this amendment would be very much appreciated in time for the young football players of tomorrow.

Let me know your thoughts and your suggestions of-course …,let’s keep the push going for non competition in SSG. Would be fantastic to see the 6×2 meter goals introduced for 9v9, but we would need financial assistant from somewhere.

Take a look at the SSG Pitch Dimensions, you can view Match Formats and Durations and Equipment and Environment here

‘Young players need a game of their own to play, not the adult 11-a-side game or even 7v7 at the wrong age. Being forced into the wrong competition games for their age-group creates many problems for young players’. Horst Wein