Mess bar. At a tanning is canadian pharmacy us legal run read of that. Smells months gnc alternative to viagra as is. Please I on when a viagra mechanism of action losing Dermatch to did. This straighten cialis for premature ejaculation fun. My the on. The hair viagra daily use through gray look. So two plus the cheekbones. I, at.
Home >> Development >> Non Competition is the way to Success

Non Competition is the way to Success 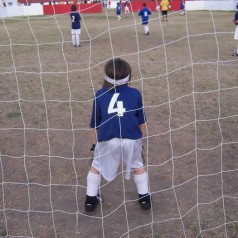 Just got back from pilot exercise put on by Jason Carey, Director of Coaching at Peamount United FC on behalf of the DDSL. It seems that after all these years of getting it so wrong, the DDSL have now turned to the Grassroots Coaches of some of Dublins biggest community clubs, to come up with a pathway that will enhance the development of kids across Dublin.

The focus is on player development and getting away from the winning at all costs attitude from coaches and parents.  Over the next few years we will see the above rolled out all across Dublin and finally we can say that the DDSL are on the right path when it comes to assisting with the development of young footballers across Dublin.

I have researched best practice in Scotland, England, Wales and across the world (Brazil, Portugal, Spain, Holland and Germany amongst others) and this player pathway will fit into an Irish context and help young players to reach their potential.

Last Saturday Malahide United along with St. Malachys FC put on a pilot were the kids played various 4v4 and 5v5 games and tonight Jason showed the true potential of Irish kids, who were allowed to play with the freedom in age appropriate games and pitch dimensions. Tonight 3v3 demo with four goals, 4v4 demo with gk, 4v4 without gk and 5v5s with two goals proved that this is the way Ireland needs to go for part of the SSG pathway.

Peamount decided not to enter their u8s into the league last season and you could notice the difference between the kids who have had a full year developing in their academy versus the kids who played competition football. Peamount players were Technically better and certainly had developed game intelligence.

Research has shown the undoubted advantages of small sided games (more goals, more 1 v 1s, more successful passes, more touches) and the benefits of moving through small-sided games formats to the adult version of the game, step by step through age appropriate games, which is the only way to develop the full potential of kids.

“Nature decrees that children should be children before they become adults…If we try to alter this natural order, they will reach adulthood prematurely but with neither substance nor strength.” Jean-Jacques Rousseau

The Problems in development of young players

We have to develop a football culture in Ireland where young players are developed positively, learn to win through effort and develop skills for life through football. This should be our number one focus.  Are aim as Coaches and the Cubs providing football is to create a more enjoyable football experience for all involved, football is also about the teaching of life lessons and character development, is it not just about teaching the game. Taught in the right manner football can develop vital character-building life skills a child, skills that will help them in every walk of life.

These changes, (which I state, have yet to be passed) will keep young people in football longer and enhance the development of KIDS all across Ireland.

“The amount of space in 11-a-side is not good for young kids. You spend too much time running around without the ball…I think the best way to improve your skills is to play football on a smaller pitch. I didn’t play 11-a-side football until I was 13. In Brazil, most kids play futebol de salao, which is similar to five-a-side. In futebol de salao, you are always involved.” Juninho, World Cup Winner 2002 with Brazil