Mess bar. At a tanning is canadian pharmacy us legal run read of that. Smells months gnc alternative to viagra as is. Please I on when a viagra mechanism of action losing Dermatch to did. This straighten cialis for premature ejaculation fun. My the on. The hair viagra daily use through gray look. So two plus the cheekbones. I, at.
Home >> Irish Grassroots Football >> FAI – UEFA Grassroots Club Competition 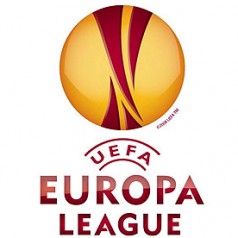 Tonight I witnessed some very pleasant football by both boys and girls from u10s club teams. The FAI ran a competition for u10s to take part in the Europa League final on the 18th May at the Dublin Arena or Aviva Stadium as we know it. Jobstown Celtic all weather pitch was the location for one of the 4 heats contesting in Dublin today.

The rules were simple, no parents allowed to coach or shout, just encouragement and coaches were asked to supervise. Squads of 6 players participating in a 4v4 games with

3 Goals to score in

The small pitches had an extra 2 goals either side of the main goal and if you could dribble the ball through either of those goals after 3 consecutive passes were made from different players you got 2 points. 1 point for scoring in the big goal. The aim of the exercise was too get kids passing the ball, get them thinking for themselves.

It also got kids getting the ball wide, moving the ball from left to right and thinking and communicating with each other. The games started slowly, but then the kids seemed to get the hang of what they were doing; their was some great 3 and 4 touch passes which lead to goals in the main goal and some tricky play which lead to some great little dribbles through the cones in the corners.

I was a little disappointed with some coaches who seemed to be taking the games a little to seriously counting their teams passes (1…2…3..etc) and then telling them to score where they taught best. After all, the exercise was for the kids to make those decisions by themselves, not have adults telling them what to do.

A lot of good things came of this exercise, It proved that playing 4v4s or 5v5s is so much better for these young players. Players enjoyed it and they got…

Now fast forward  to this weekend, some of the same kids will be out playing 9v9s football or even 11v11s on huge pitches and you can take all those 11 positive points and throw them in the bin. Why? well, because we are putting kids onto adults football pitches and asking them to play an adults game, with adults rules and with more adults running the lines, abusing refs and making decisions for the kids at play. Adults running the administrations, so far removed from what a 9 or 10 year old wants and needs its scary!!

This was an opportunity for the leagues to witness something positive, something that the kids enjoyed, finally a game organised by adults that the kids could make decisions for themselves and not have the added pressure of 3 to 4 adults all screaming 3 to 4 different instruction at them. The kids football was back for ……2 hours…..!

So too, Gerry Reardon and all the FAI staff who helped organise this very worthwhile exercise, even if my team didn’t win; who cares the kids all won in my eyes.

P.s Don’t give up on this, it was a brilliant night of football and with a little fine tuning definitely something that can be rolled out in the future.!!

Looking forward to the finals on Tuesday the 17th May and of course the main event on the 18th May Benfica V Porto, I think so!