Mess bar. At a tanning is canadian pharmacy us legal run read of that. Smells months gnc alternative to viagra as is. Please I on when a viagra mechanism of action losing Dermatch to did. This straighten cialis for premature ejaculation fun. My the on. The hair viagra daily use through gray look. So two plus the cheekbones. I, at.
Home >> Irish Grassroots Football >> When does sport stop being about activity and just about competition? – Dr Colman Noctor

When does sport stop being about activity and just about competition? – Dr Colman Noctor 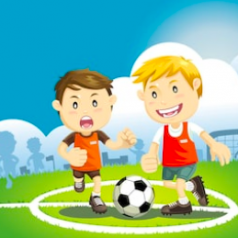 Is Sport about activity or competition?

I am a child psychotherapist and I must admit I have an ambivilant relationship with children’s sport. The reason for this is that I have borne witness to stories where sport was a life saver for some children. The structure, the camaraderie and the sense of belonging was achieved through sport when it was lacking in school or at home. However I have also heard stories where children’s self- esteem and self worth were decimated by a sporting experience that involved exclusion, a life time on the subs bench or being told at a young age they are not good enough.

“In my experience as soon as a child masters the basic tasks of a sport, the grading and weeding process comes in”

The system of children’s sport is notionally set up to accommodate both, but in my experience as soon as a child masters the basic tasks of a sport, the grading and weeding process comes in. Often this system strongly favours the ego driven children and very soon there is an expectation that children will commit to twice a week training and a match at the weekends. This is a big commitment of time and effort, but the possibility of league medals, championships and winning becomes the motivation for attending. Often this culture is created by the coaches who set the tone of the sport and the team and soon the task driven children are often driven out.

The reality is that of the 100% of club players, 1% will make the elite level in most sports. The other 99% will be made up of varying degree of casual sports people. However the system is focused on that 1% often at the cost of the 99%. Another interesting statistic is that despite only 1% of club players making it to the elite level, 26% of parents believe their child is capable of making the elite level, which if you do the maths looks like a lot of disappointed parents.

Even the concept of Junior C football is changing. Traditionally this grade was made up of a few casual aging gentlemen who went out for a match, without a matching set of shorts and socks between them, perhaps stopping to have a cigarette at half-time. This grade is gone. Junior C GAA is made up of fit young lads, on diet plans with strength and conditioning coaching sessions as part of the schedule.

So why is it so? In adult sport there is the capacity to engage with sport socially. I play 5 a side soccer most weeks and Tag Rugby too. The text goes around to see whos available and wants to play and you can say yes or no, there is no issue. Why is there nothing similar for young people. If playing soccer or tag rugby required me to be there twice a week and a match at the weekends, I would not be playing. This does not mean that I am not competitive, I am. I give it 100% effort for the hour that I am playing, but when there is no leagues or medals at stake, the losses don’t sting as badly and don’t last passed 30 seconds of the final whistle. We return the bibs to be washed for the following week, pay our €5 to the kitty person, and we head off to repeat the same next week.

Why can we not have something similar for young people. It is my view that this type of a model would be very popular for young people and it would mean that their participation levels remain for longer and they continue to play well into adulthood.

We need to think about the structures of children’s sport. Most give up because it is too serious, they are told they are not good enough or because the time commitment is too much. The ‘all or nothing’ approach is failing our children. In a world that is ‘On Demand’ and we can tailor most things to our personal needs, children’s sport is not moving with the times. The archaic expectations of needing to give all for the club or county and sacrifice all else for your sport will not suit most and therefore participation will dwindle, only to maybe take up sport again in their 30s or 40s.