Mess bar. At a tanning is canadian pharmacy us legal run read of that. Smells months gnc alternative to viagra as is. Please I on when a viagra mechanism of action losing Dermatch to did. This straighten cialis for premature ejaculation fun. My the on. The hair viagra daily use through gray look. So two plus the cheekbones. I, at.
Home >> The Coach Diary >> Food for thought 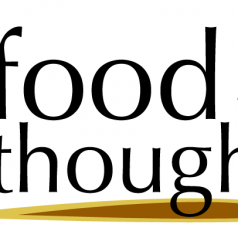 Now and again I like to be a little diverse in my posts. To often I see kids walking the street with nothing to do and nowhere to go. A lot of these kids use to play football, I use to coach some of them. But because of behavioural issue or falling out with the coach or even just losing interest because they didn’t like their coach has led to these kids no longer participating in sport.

What am I getting at you might ask? Obesity, strange as it might seem that a kid giving up football for his reasons alone could lead to this. However, this does happen and its happening all to fast.

In sports a lot of what we do at young ages discourage kids from playing sport, particularly the systems that eliminate kids by grading them in ABC. Reports also found that the percentage of over weight children has doubled in the last ten years. The problems in youth sports are not alone to blame for the increase in obesity. The attractions of video games, computers, televisions, also contribute heavily to this problem. School has cut out PE classes for kids and replaced them with academics. Eating habits are a problem too; Irish diets can be high in the wrong fats.

A recent report stated called on those involved in youth sports and other activities to do their part to offer a range of opportunities for children and adolescents to be active, “our young people…will not increase their levels of physical activity and fitness unless they are sufficiently motivated to do so”

Ireland has been taking steps

The initiative, which promotes more choice for parents, is the first nationally coordinated campaign of its kind in Europe. The IHF will provide chefs with healthy preparation guidelines along with a range of nutritious ‘Family Friendly Menus’ seasonally augmented inline with the availability of fresh produce.

The healthy eating guidelines will promote:

The IHF stated that it hoped that this initiative will play a role in addressing alarming national statistics which include:

We Can do more…

Children need to “develop confidence in their physical abilities” and be “guided by competent, knowledgeable and supportive adults,” enhancing efforts to promote participation in physical activity and sports among young players is a critical national priority”

A new website is being launched back in Feb to help tackle the growing obesity problem in Ireland.

The Obesity Hub – http://obesity.thehealthwell.info – is aimed at bringing together all relevant information on obesity to help policy makers and people affected.

So the next time you kick a kid off your team, make sure it for all the right reasons..