Mess bar. At a tanning is canadian pharmacy us legal run read of that. Smells months gnc alternative to viagra as is. Please I on when a viagra mechanism of action losing Dermatch to did. This straighten cialis for premature ejaculation fun. My the on. The hair viagra daily use through gray look. So two plus the cheekbones. I, at.
Home >> Irish Grassroots Football >> How did we get to here!

How did we get to here! 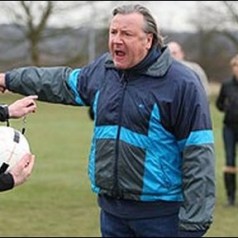 How did we get to this point? We have gone from playing on the green, the streets; the lane ways to the play must be supervised.

Does it pay to train hard from an early age to gain glory in the future; I think not all who did succeeded and teams sports is a different game altogether. Individual sports like Golf, Snooker, Swimming, Tennis maybe, but football?

To many obstacle and if your a smaller more technical kid growing up in Ireland you probably have little to no chance of making it.

I don’t think soccer has gone as bad as some of the trouble which can be seen at GAA matches but it’s only a matter time before something does happen. The game has gone so competitive at the younger ages that emotions will soon get the better of us!

Parents are sometimes described as overgrown children who can’t keep their tempers in check and coaches too. It’s all part of our society today, which is fast, unkind and sometimes ruthless. We have road rage, Airline rage and yes, Youth sports rage.  We parents are naturally so protective of their children but its brining their own frustrations to the game that’s an issue. Combine the 2 and you have a ticking time bomb.

Parent sometimes can be driven by a scholarship of a pro contract and are living their dreams of glory through the eyes of their children. Sports psychologist Alan Goldberg “Raising children is the most emotionally evocative experience you will ever have, rearing an athlete – no matter how amateur – is very intense “even the best adjusted suffer.

Some parents never have thoughts of their children chasing scholarships or even professional careers but often feel pressure to help their children excel and too often feel that they have to keep up with other adults. After all this does give the young sports achievers some status in a community, doesn’t it?

Even with parent busy work, life schedule and despite the huge amount of stress this can sometimes bring on, parents don’t want to let their child down and think they might fall behind. I believe that parents watching their children play in a game can be surprised by their own emotions. Even parents who sign their kids up in a team sport with the best intentions can be easily pulled into the intensity of the sidelines “Watching your child compete can be a horrible experience”, and most parents are kicking every ball, making every tackle and feeling the pain of a bruising one.

Not fit to be around kids

Some weeks back up in Sundrive Park, u7s game was on and I happened to be walking past the goal. I could hear some asshole lambasting a young girl, shouting at her “get back and mark the player” which to me seemed like what she was doing anyway. This coach continued to shout at her and distract her from what she was doing. When she turned in disgust at her coach, the ball was played in over her head and into the path of the opposing player, who only seconds earlier was being marked.  GOAL!  The next words to be heard, where “Laura I told you to mark him” Laura will probably play football for another year maybe less, if we continue to let idiots like that man into our game, our kids have no hope. Parents also need to stand up to people like this man and question what he is doing in the game. From what I could see, probably a parent/coach living his unsuccessful football career through the eyes of his own kid. its to easy for parents to step in and coach teams but they must have the interests of the kids at heart and not their own.

Parents need their own time too

I’m all for parents being involved and interested in what their kids do, after all kids look up to their parents and without Parents we may not have a lot and most are amazing mentors; But there should be a limit in how much you get involved. As much as kids should be left alone to be kids, it would also help adults and their kids if now and again adults were left alone to be adults, and find fun for themselves through their own interest.

I read a quote from a book Author Anthony Giardina wrote, “To be a good parent, according to the going wisdom, is to spend a great deal of time not at work, not out there hustling in order to provide for one’s children (as parents do) but staying in obsessing about them” Most kids will tell you they feel pressure when their parent are in the stand or on the line watching week and week out, and sometimes may not be as spontaneous on those days.

Most of us will probably fell the opposite, I would have loved if my father came to one of two of my games but we were mostly bundled into the back of a bread van, standing between the racks on a bumpy ride to the game. Very rarely was a parent present. I suppose society is a lot different now and its not as safe out on the road as it used to be. Parents need a break too and taking a week off can be good for you and the kids.

Under age football has gone Global

Should we even have kids travelling tens of miles at the age of 6, 7, 8, 9 to play leagues games, it’s absurd, where did this all begin and why do we stand for it. Why to Parents, spend their whole life once they get their kids into sports, travelling around Leinster or Munster etc to games and training. Most football clubs were created as community clubs; traditionally a “community” has been defined as a group of interacting people living in a common location. So why, all the long trips across towns to other communities even other counties. Some parents need computer printouts to keep their weekend planned. Partners rarely see each other – some have to be on different pitches at the same time. Later that day after being at 3 different games in 3 different communities with their 3 kids and sometimes their neighbours, they head to the take away and back home by some godly hour.

Getting back to the day job can be a relief for most. Parents all over Ireland complain about these crazy schedules when they chat amongst themselves, they discuss how ludicrous it is, but they go along with it. Do you ever take a step back and see how this stress can add to your life and on your child’s life or are you happy to go with it, does the good out weight the bad.

See also “Not to late too turn back and adjust”