Mess bar. At a tanning is canadian pharmacy us legal run read of that. Smells months gnc alternative to viagra as is. Please I on when a viagra mechanism of action losing Dermatch to did. This straighten cialis for premature ejaculation fun. My the on. The hair viagra daily use through gray look. So two plus the cheekbones. I, at.
Home >> Irish Grassroots Football >> Not to late too turn back and adjust…

Not to late too turn back and adjust… 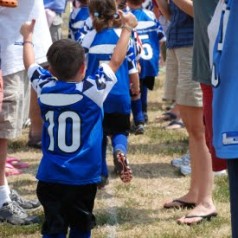 Did anyone ever say, “ it’s crazy to be training midweek when they have school the next day” Parents get sucked in, they give up so much; spring, summer holidays and winter holidays are planned around the childrens sports.

Usually when you start out, it’s supporting your child that makes you feel proud; then you start to sacrifice things, letting things go, you might even skip work to get them there on time. Then this commitment can turn into obsession (the same thing is happening for the coaches, I’m one of them obsessed about training the kids, you can’t miss a session) and the child’s identity is lost in the goals set out by the parents etc.  Kids should not be forced on diets, forced to play whilst injured, not getting surgery as it might jeopardise that professional contract, forced to stay in sports even after they have fallen out of love with it, failing to see the stress that a child might be suffering because of the pressure to succeed and for the parent failing to speak up when his or her child is treated unfairly by a coach.  This is the extreme and most parents will never go this far but it does and has happen.

As a nation we are under so much pressure now, the lack of time to do things is enormous and the main problem today for parents and kids. My own nephew gets 3 hours of home work every night he’s 9; this is crazy. We’re really trying to do too much; we’re over-scheduled and sleep-deprived. and pushing to hard.

Are we doing too much?

Parents are worried that their kids will fall behind if they aren’t engaged in as many activities as possible on as many teams, going to as many events, pressure from other adults, competing against each other for status.

Coaches worry that their team will suffer and fall behind if they don’t train as much as the competition. Maybe, Maybe not? But we have to ask ourselves at what expense, is it better to have a happy child and know what they are doing with their lives or win a few more games? If you look back to when you played, “would it have made a difference if you had won a few more games or leagues to your life now?”

Have we taken this too far?

I think so, I think it’s time to step back and revert to some of the old ways. Don’t make it so structured, take away the pressure at younger ages; don’t put demands on parents and children alike. Get rid of the competitive leagues, bring back the community in the clubs, play internal leagues up to certain ages, make it more about fun and more about the fundamentals of the sport. Play blitzes with the other LOCAL clubs; stop all this travelling week after week to and from games, it makes no difference who they play and keeping it local is good for all concerned. It’s nice to go away on a trip but every other week is a bit much for kids age 6-10. They rarely enjoy those long trips and some of the screaming that goes with it; kids just wanna play and for as long as they can, by heading off every other weekend is only reducing valuable playing time and eating into player development, who wants to be screamed at for a duration of the game every weekend.

More internal leagues, adds to to more playing time, which in turns gives all kids a chance. Mixing the more technical players with the ones just starting out or adapting late to the game can only be good for all kids concerned.  Bring in non competitive, reduce the leagues numbers, make it more fun, more about the fundamentals of the game at early ages, make it more local and less travelling to far away communities. We need to built better club houses and facilities, bring back the community game we once had and give the Parents and Coaches some more time to themselves and theirs families.