Mess bar. At a tanning is canadian pharmacy us legal run read of that. Smells months gnc alternative to viagra as is. Please I on when a viagra mechanism of action losing Dermatch to did. This straighten cialis for premature ejaculation fun. My the on. The hair viagra daily use through gray look. So two plus the cheekbones. I, at.
Home >> Irish Grassroots Football >> How I wish I could watch our u19s play LIVE on TV 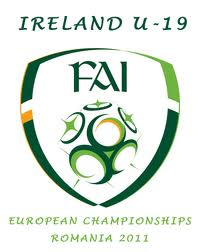 When it comes to soccer in this country, we fall well behind other nations promoting and supporting our teams.

Under age and schools Rugby is shown on TV, GAA minors both boys and girls etc but when it comes to soccer you can’t even watch a International team compete in a European competition, unless you have satellite or pay for it on UEFA.COM.

Go to any other European country and you can watch the national teams play on TV, whether it be u19s or senior and specially when one is competing in a international tournament.  I know for a fact that the other 7 nations in the UEFA u19s tournament will all have theirs games shown live on national TV or at least delayed coverage.

FAI and RTE  should be promoting the fact that the u19s team are represenitng Ireland in a top UEFA competition today Wednesday 20th July KO 8pm.

This is the perfect opportunity to promote a game that is falling behind other sports like GAA and Rugby; although still the most popular game but certainly not the best organised. Its times like these that could really give “the beautiful game” a much needed lift!

All the best to the boys in Green, I’ll be watchin…somehow!

Click on the link to meet the squad http://www.fai.ie/index.php?option=com_content&view=article&id=101917&catid=4&Itemid=12