Mess bar. At a tanning is canadian pharmacy us legal run read of that. Smells months gnc alternative to viagra as is. Please I on when a viagra mechanism of action losing Dermatch to did. This straighten cialis for premature ejaculation fun. My the on. The hair viagra daily use through gray look. So two plus the cheekbones. I, at.
Home >> World Football >> How The German Machine Was Built From The Bottom Up…

How The German Machine Was Built From The Bottom Up… 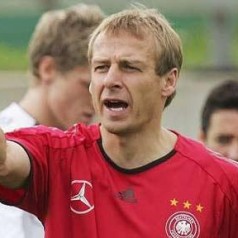 Germany impressed everyone with their attacking displays en route to the semi-finals of the last World Cup, they performed so well at the Euros in Poland, losing to Italy 2-1 in the semi finals and we all saw how they ripped Ireland apart last month at the Aviva.

But it is only 8 years ago that, like Ireland at the recent Euros, they were returning home early from a major tournament and wondering what the future held. In an interview in 2010 with the BBC, Jurgen Klinsmann spoke how he had to chang things from the bottom up.

Germany had to rebuild..

after the disaster of the 2004 European Championship in Portugal. We did not win a game and failed to get out of our group. I got the chance to decide on the direction we took when I agreed to take over as Germany coach that summer, with current manager Joachim Loew as my assistant.

‘Jogi’ and I began the whole regeneration process by trying to give our national team an identity.

We eventually decided to go down an attack-minded route, passing the ball on the ground from the back to the front line as quickly as possible using dynamic football. Klinsmann and Loew designed a new blueprint for German football from that, we created a style of play that this Germany team in South Africa now really lives and breathes. Since 2004, we have reached two World Cup semi-finals and the final of Euro 2008.

You need your own style

Can England recover from their poor showing in South Africa as quickly as Germany did six years ago? Yes, but they cannot just copy the German style and expect that to succeed for them. Every nation has its own culture and specific environment as well as its own footballing identity.

As I found, making that vision work is not an easy process. It will take time and England’s results might not be positive while it takes effect. England will also need the help of the Premier League. Every club coach will have their own philosophy but I tried to work with those in the Bundesliga to build something together.

There are a lot of foreign players and managers in England but that should not make a difference. You simply have to explain to them what the style of play is that you want to develop and be prepared to persevere. When Jogi and I took over the German side, we made our plans very public and made it clear that we were trying to rebuild from the bottom up.

The German Football Association (DFB) helped us by putting a lot of pressure on all the first and second division teams in the Bundesliga to build academy programmes and ensure talented young players were coming through but we still had to decide on our playing style.

“Whatever approach the England team decides on, everybody in the English game needs to sign up to it”,

To do that, we quizzed everyone we could. We held workshops with German coaches and players, asking them to write down on flip charts three things: how they wanted to play, how they wanted to be seen to be playing by the rest of the world and how the German public wanted to see us playing?

If we could define all of that, we thought we could lay out how we wanted to work and then, from there, sort out the training and paperwork behind the scenes. What we ended up with amounted to 10 or 12 bullet points laying out our proposals. We then announced that it was our intention to play a fast-paced game, an attacking game and a proactive game.

That last term was something the Germans did not really like because they did not really understand what proactive meant. We just told them it meant we did not react to what our opponents did, we played the way that was right for us. Once we had done all that, we created a curriculum for German football and presented it to the Bundesliga and DFB boards.

At that point, I told them I did not have the time to implement the strategy at all levels because I only had two years to prepare for the World Cup, so I asked for Germany’s Under-21 team to adopt it and that was it. I brought in a former international team-mate of mine, Dieter Eilts, to run the under-21s and said they had to play the same way as the senior team because they would be a feeder for it. I was always looking long-term but I knew our plans would be measured by our success at the 2006 World Cup.

There was a lot of negative media at the start. Everybody agreed German football had to change after 2004 but nobody actually wanted to adopt our proposals.

For example, we told the Bundesliga teams and coaches that their players needed to be fitter to play the kind of football we wanted to play.

That meant carrying out fitness tests every three months, which did not go down well with some clubs because I was able to prove that some of them were training their players properly and others were not. I was basically doubted for the two years I was the coach – and when we lost 4-1 to Italy in a friendly game three months before the 2006 World Cup, everybody wanted my blood! We had another game three weeks later against the United States and we won that one 4-1. That victory saved my job and kept me in charge for the World Cup because the DFB had been ready to make a change.

They wanted the conservative approach again, not the revolution. But I kept on being positive, explaining that this was how I wanted us to play. I did not know if we would master it in time for the 2006 World Cup but we would give it a shot. We had the players for four solid weeks before the tournament began and were able to get our thoughts across. They agreed to train the way we wanted them to and do extra work. Soon they started to believe in the system.

Germany will prove to be the most influential team at this World Cup, that was crucial because, no matter what your job is, you need to identify yourself with the work that you are doing and be happy. I was happy because, as a former striker, I liked the style we intended to play. I could never coach a team that played defensive-minded football. I also think the players understood that I was the one taking the risk and that if it did not work out the DFB would send me packing back to California!

We started well at the 2006 World Cup and the public began to feel that something special was going to happen. In the second game, when we beat Poland with a last-minute goal, the whole nation embraced us and said “yeah, that’s our team and that’s how we want them to play”. We lost in the semi-final against Italy but I was still very proud.

After that World Cup, I was burned out after two years of banging my head against a wall but I made it clear to the DFB that Jogi had to take over after me to continue the job we had started. He has continued to develop that initial style of play and is enjoying success. It has taken Germany six years to learn to play it properly – and it has developed along the way – but the players are completely comfortable with it now. Germany’s style of play might work for England because, in a way, Germany now play a lot like a typical Premier League team, with the emphasis on pacy attacks. But whatever approach the England team decides on – whether it is attacking or defensive, patient or high tempo – everybody in the English game needs to sign up to it. After all, it is the players, coaches and clubs who will help to make it work.