Mess bar. At a tanning is canadian pharmacy us legal run read of that. Smells months gnc alternative to viagra as is. Please I on when a viagra mechanism of action losing Dermatch to did. This straighten cialis for premature ejaculation fun. My the on. The hair viagra daily use through gray look. So two plus the cheekbones. I, at.
Home >> Irish Grassroots Football >> “IS féidir linn.” – NDSL Take a huge step in the right direction..

“IS féidir linn.” – NDSL Take a huge step in the right direction.. 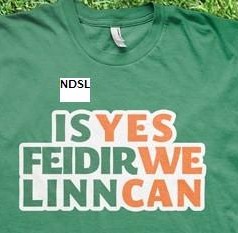 “IS féidir linn.” Barack Obama tested out the Irish translation of the iconic ‘yes we can’ phrase which swept him into the White House.

It was an extraordinary day, a flash of green amid the global gloom, a beacon of hope in the midst of much change. And a sign that America will stand side by side with us as we strive to overcome the greatest economic challenge in our history. Being the week that it was it would be rude not to add my contribution to Americas President coming HOME! lol

“The NDSL the most forwarding thinking League in Ireland”

Now the NDSL has said “Yes we can” and decided to be the first Dublin league and I believe league in Ireland to make changes for the benefit of the kids that play and how we welcome these changes.

The format was taken from a recent trip to UEFA headquarters in which consisted of looking at models in place on the small sided games in Switzerland, Norway, Denmark and other Europen countries. This model is based on the European System of the highly successful GERMAN syllabus of underage Coaching.

This is  huge step in Irish football and one that is very much welcomed by me.

As you know from my posts, in Europe their is a huge emphasis on non-competitive small sided games and most of the clubs operate a blitz style league, where clubs travel within their district  every weekend and one club acts as the host club. The following week another club will act as host club and so on. There are no tables or trophies ceremonies.

Player Development is the winner…

The game is purely focused on game & player development, Players get roughly 2 hours of football games, with a player getting as much as 500 touches of the ball. No results are recorded and Coaches told to “let the kids play” no coaching on the sideline and parents are kept away from side of pitch.

The concept is to “Give the game back to the kids”. This will not take away kids winning mentality, kids will always have that, but it will stop winning at all costs mentality from coaches and parents.

The Focus is on Technique and getting kids more touches of the ball, which in turns makes it FUN for all that play, kids become better ball players.

NDSL Honary Secretary Tony Gains, League Academy Director John Farrell and Technical Director Mitch Whitty and all the NDSL staff I salute you, for this very forward thinking and innovative step towards player development with player development the main focus. In fact the NDSL set up an underage committee 2 years ago with the aim to change the structure of the small sided games, this is something that the Under age committee have been working on for some time and they will continue to monitor the changes going forward.

The NDSL will be running a workshop to help clubs, managers and coaches adjust to the new setup, see their site for further information.

“There is nothing wrong with change, if it is in the right direction”

If anyone wants Norway’s and Denmarks Grassroots Football plan click on this link https://www.thecoachdiary.com/?p=2283

P.S Please tell me what your league is doing?