Mess bar. At a tanning is canadian pharmacy us legal run read of that. Smells months gnc alternative to viagra as is. Please I on when a viagra mechanism of action losing Dermatch to did. This straighten cialis for premature ejaculation fun. My the on. The hair viagra daily use through gray look. So two plus the cheekbones. I, at.
Home >> World Football >> FCBarcelona V Manchester United 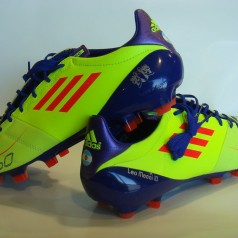 With just a few hours to go before we find out who will win this year’s Champions League final, FCB site look at some of the juiciest trivia surrounding the game at Wembley between FC Barcelona and Manchester United.

►Since the competition has been called the Champions League (1992/93), Barça and United have scored and leaked the same number of goals (303 and 158).

►Of the nine games the Red Devils have played at Wembley (all in domestic competitions), five have been decided on penalties.

►Barça’s last official visit to the place where they won their first European Cup was in the group stages of the 1999/00 season. They beat Arsenal 4-2.

►The team has already played at the new Wembley. That was in two preseason games in 2009/10 against Tottenham and Al Ahly.

►Barça have scored the most goals in this Champions League, with 27, and Manchester United have conceded the fewest goals, 4.

►Sir Alex Ferguson’s side have taken the most corners (76).

► These are the two clubs with the highest possession in this year’s Champions League. The Catalans have 62% and the Mancunians 58%.

►Goalkeeper Edwin Van der Sar is retiring after the final. At 40 years of age, he already has two Champions League winners medals (1995 and 2009).

►Thanks to his 11 goals, Leo Messi will almost certainly be top scorer in the Champions League for the third season in a row. Only Gerd Müller and Jean Pierre Papin have achieved the same feat.

► The Argentinian is just one shy of the all time record under the current format. Ruud Van Nistelrooy scored 12 in 2003.

Who win prevail tomorrow night?? I don’t know about you, but I’m really looking forward to this!