Mess bar. At a tanning is canadian pharmacy us legal run read of that. Smells months gnc alternative to viagra as is. Please I on when a viagra mechanism of action losing Dermatch to did. This straighten cialis for premature ejaculation fun. My the on. The hair viagra daily use through gray look. So two plus the cheekbones. I, at.
Home >> Development >> Is the SFAI Chairman going it alone…..

Is the SFAI Chairman going it alone….. 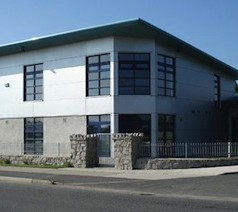 or has he come up with the future blueprint for Irish football? An email has been doing the rounds; now, you probably haven’t received it because it was only sent to press. A press release about ‘vision for future of Irish Football’, apparently even members of the SFAI didn’t receive it, not sure they were meant to… I find this strange and I’ll tell you way in a sec.

Former Ireland international and Manchester United coach John Devine is hosting a media event to launch his “Vision for future of Irish football programme” next Wednesday, October 2nd at 11am.

The event will be held at the South Dublin Football League headquarters, Balgaddy Road, Lucan, Co Dublin. John will be joined at fellow ex-internationals John Giles and Eamon Dunphy for the launch of a scheme which the trio believe is essential for producing future generations of Irish footballers.

Several other figureheads in Irish football, including Liam Brady, Niall Quinn and Paul McGrath have endorsed the programme, particularly in the aftermath of Ireland’s poor performance on the international stage over the past 18 months.

Michael O’Brien, Chairman of the Schoolboys FAI (SFAI), will also be in attendance to support the initiative.

WHAT: Launch of John Devine’s “Vision for future of Irish football programme.”

Free car parking is available and refreshments will be served.

There will be interview opportunities will all guests.

For any media planning to attend, please confirm by email to John

by 3pm on Tuesday.

Although I think having a vision is great and the fact that it’s using Horst Wein 3v3 methods, (see them here, thebeautifulgame.ie) makes this even more attractive.  I’m just surprised this vision is being pushed by the Chairman of the SFAI and he is not even contacting any of his members, nor is there anything visual on their website. Michael O’Brien is also the CEO of the SDFL.

This would be a great opportunity to get everyone together and start throwing out some IDEAS.

So, why is the head of the Schoolboy Football Association of Ireland going it alone and why he is only inviting the press? Why haven’t the most important people in kids football ‘the coaches’ not been invited. Surely he should be inviting them?!

This is a man that has done very little in terms of changing the mindset and structures of schoolboy football, he is in a very powerful position but we have yet to see this used in an constructive way. You only have to look at his own league to see how far behind they are in relation to Player Development. Their pathway goes against everything Horst Wein believes in, certainly everything listed below is way off Horst Wein’s teaching and nowhere near the changes this country so desperately requires.

In saying this, I’m sure this pilot is about all the changes they are going to make. It’s just a shame no coaches, no other leagues have been invited and it’s scheduled for 11am on a Wednesday, when most people are at work. Also, The two people who notified me reside outside of this country.

I’m not so sure I’ll be able to get down, but I will try my best, too.

What do you think of this and will you be going?

I always like to hear your opinions. Please comment below or email me info@thecoachdiary.com. If, you don’t have anything to add then please forward this on to a friend. Thanks for reading.