Mess bar. At a tanning is canadian pharmacy us legal run read of that. Smells months gnc alternative to viagra as is. Please I on when a viagra mechanism of action losing Dermatch to did. This straighten cialis for premature ejaculation fun. My the on. The hair viagra daily use through gray look. So two plus the cheekbones. I, at.
Home >> Irish Grassroots Football >> Leagues Back Age Changes…about time, but don’t stop there!

Leagues Back Age Changes…about time, but don’t stop there! 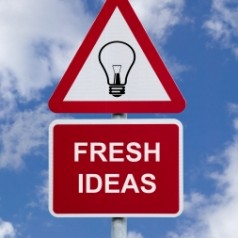 Wow, about time too! We need more than the age change tho…

So the SFAI have backed the FAI new policy on age realignment and it will operate from August of this year. However there was talk that this would not happen as some leagues had put in protest to it happening. Why? The whole of Europe operate this system and as per usual we are last to follow because of some washed up committee members who haven’t a notion about how children learn and the best environment for them to do so.

The rule works that existing age groups will skip a year so under 13s will now become u15s at the start of next season and this basically means that we are the same as Europe; so no longer heading abroad and playing kids younger than our age groups anymore.

They have also decided that the Menton Seery aka the All Ireland Comp u11s cup will go ahead featuring teams that are playing 9v9 system this season and next, the only difference is for the cup games they will have to play 11v11. (Considering the winners of the cup goes onto play 9v9 in the Danone cup, what the hell would you have kids playing 11v11??)

So teams have to change from 9v9 for league games to 11v11 for cup games. Who comes up with these great ideas? The same people who have always come up with these ideas. Why not leave it 9v9 or just get rid of it altogether, if we really wanted to come in line with Europe why not change to 7v7 until u12s and at u13s go 11v11 for leagues and cups but having teams play two system in the same year is so bloody Irish.

What happens if your knocked out early in the cup, what do you do with the extra 5-6 players for the rest of the season? Once again decisions being made without considering the kids.

All these leagues care about is the badges, they don’t give a rats about player development, they all have their own agendas and long term youth development is not one of them. We introduce young kids to competition at the age of 7 even before they have mastered how to pass, run and kick a ball properly.

This is a kids game run by adults, for adults egos, that has very few benefits to the kids themselves. Some serious changes need for the loner term benefit of the game in this country. A Proper pathway and coach education is lacking. We are years behind the rest of Europe.