Mess bar. At a tanning is canadian pharmacy us legal run read of that. Smells months gnc alternative to viagra as is. Please I on when a viagra mechanism of action losing Dermatch to did. This straighten cialis for premature ejaculation fun. My the on. The hair viagra daily use through gray look. So two plus the cheekbones. I, at.
Home >> Grassroots - The Leagues >> Losing by Large margins is not good…Everyone loses!

Losing by Large margins is not good…Everyone loses! 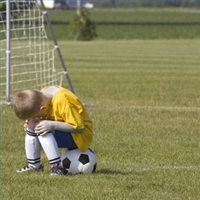 Parents, managers, coaches and players who end up on the wrong end of a thrashing can experience a variety of emotions such as anger, sadness, worthlessness and embarrassment.

With the season under way most teams in league would have played 2-3 games by now and some none. Looking around the tables of various age groups I can already see some mix matches and even 2 or 3 games into a season and already some teams should not be playing at certain levels. If you team is losing 5, 6, 7 or even 10 nil then you are clearly in the wrong league and you certainly need to take some action.

Losing by big margins can even result in players and their managers/coaches giving up the game and it’s pretty obvious that scoring goals virtually at will is not going to do anything for the development of the players on the winning team. And children on the receiving end of a 10-0 stuffing are only learning that they’re not as good as the other team.

It is not good for kids at age to be losing games by large margin and if you have already lost 2 or 3 by a big score then you can be guaranteed that not much will change for the rest of the season. Its is also not good for the coaches or Mangers of the teams, as parents will most likely put the blame on you and this can lead to divisions throughout the team and friction with certain parents, particularly the competitive ones.  Also the kids will have to hear it from the parents and the journey home every weekend will not be a pleasant one

Most of us will know if our teams are good enough to compete in a league and although 6 months in a child development is a lot of time, you have to remember that the others teams will also be improving. If you feel like your team is and will be beaten by the higher single and or double scores every week, then I suggest you take action now and call the league administrators and ask them to help your team by placing them in a league where the games will be even with evenly matched teams. Everyone wins and certainly the kids will get more enjoyment out of games where the teams are of similar ability.

There is absolutely no point playing football against teams that are beating you by more then 4 or 5 goals every week. Every team can have a bad day and sometimes 2, but don’t try and cheat your team by staying in a higher division just because it looks better on paper.

If the league won’t help you then maybe the opposition can and something could be done before each game to make it a fairer contest.

What about Mercy Rules….what are they?

Some leagues in parts of the world have tried to introduce “mercy rules” or sanctions against teams that win by “too many” goals. In Canada, one league actually brought in a rule under which any team that outscored its opponent by more than five goals was declared the loser! (Could you imagine having that rule in Ireland)

But did it last long…Following an outcry from the clubs, this rule was rescinded and the league introduced a more traditional mercy rule instead. This stated that matches would be stopped once one team had a lead of eight goals. Whichever team was ahead at that time would be credited with the win and teams could then play on for “player development”.

Mercy rules like this do not meet with universal approval. Many take the view that making up rules that prevent big scores just sets children up for disappointment later on. “Life’s not fair, learn to deal with it!” is a fairly common reaction.

I don’t believe any league in Ireland any such rule…but please correct me if i’m wrong? But regardless of this, there is lot that you, as a winning coach, can do, to turn a grossly one-sided contest into a learning experience for your players.

Turn it into a development game

If your team is five or six goals up before half time, you’re going to win the match. To the best of my knowledge, no team (and I am prepared to be corrected here!) has ever come back from being 5-0 down in a league or cup match.

So the game is yours. There is really no need to score any more goals even if your league takes goal difference into account.

Instead, you can put some meaning into the remainder of the playing time by taking one or more of these actions:

Children who are playing in a team that is considerably superior to their opponents often try to show off. They usually become reluctant to pass, (‘I want to score another goal!’) and try to dribble the ball into the back of the net. This is not going to do them any good in the long term so why not impose a maximum touches rule?

But this has to done discreetly! Shouting the instruction “two touch only!” across the field would be very embarrassing for the losing team. It could even be interpreted as making fun of them.

Require a minimum number of passes before shot can be taken

In other words, Ask your players (again, discreetly) to make six or seven passes before they can take a shot at goal.

Your goalkeeper will be getting bored by now so get her out of goal and put him/her up front. Move your defenders into attacking positions and put your strikers into defence, everyone stands to gain!

This type of match is an ideal opportunity to give your subs as much playing time as possible. As soon as you see that the match is going to be one sided, take off your “star players” and give your weaker players a chance to enjoy themselves.

If you’re in a winning position at half time you can have a quiet word with the opposition manager and see if he wants to put an extra player or two on the pitch in the second half. Or (and this isn’t something I would do) you can make the contest more even by taking off one or two of your players.

Personally, I think it isn’t really fair on your players to restrict their playing time in this way but it is an option.

Stop the Game and mix them up

If the match turns into a shooting session during the second half you can stop the game, balance the teams by mixing them up and play any remaining time as a friendly.

Whatever you decide to do, it is imperative that you respect the opposition and always keep Code of Conduct for grassroots coaches in mind: “Place the well-being, safety and enjoyment of each player above everything, including winning”.

So whatever you decide to do their is always a solution for the better of the kids that play, but the first and foremost think to do is make sure the kids are having enjoying playing.

Remember this is recreational football and the first element and key focus of this game is FUN!