Mess bar. At a tanning is canadian pharmacy us legal run read of that. Smells months gnc alternative to viagra as is. Please I on when a viagra mechanism of action losing Dermatch to did. This straighten cialis for premature ejaculation fun. My the on. The hair viagra daily use through gray look. So two plus the cheekbones. I, at.
Home >> Irish Grassroots Football >> No Loyalty In youth Football anymore?…After all, is just a game!

No Loyalty In youth Football anymore?…After all, is just a game! 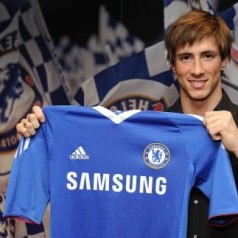 … and kids game at that. Lately I have been hearing all this transfer talk, players moving here, player moving there. I mean is there no loyalty to the coach after all the hard work he/she has done for your child. I can sometimes understand professional players moving for the big money but young kids moving from one local team to another! Sometimes I don’t think parents realise how much effort can go into putting on a sessions, how much time coaches put into developing kids. The grass is not always green down the road.

The Time and Effort put in

If coaches were to add up all the hours they put into their football team you might be shocked to hear when they tell you they have reached over 300 hours per annum; from going to training, to the training session itself, to getting back into the car and heading towards home. You might be doing this 2-3 times per week and then you have match day also.

Parents moving the kid on

So it shocks me to hear of players who after years of getting proper good coaching can just up and leave to go to a team just down the road. Well, its not the child that had decided to up and leave it usually the parent who thinks he will be better off with the team that are wining more then his current team. The fact of the matter is that kids, just want to play football and they don’t really care where they play, its the pushy parents who think they will be better of with a winning team as apposed to a club that develops for the better of the player and the team.

There must be a valid reason

Upping a child from a team which he might have been at for 2-3 years is not always the solution and some parents need to realise that this can be the detrimental to the child. There must be good reason to move your child from his current team to another team. It is very important that a child is getting good honest coaching but they must also be enjoying themselves at their club and if they are then whats all this talk about moving him.

Another factor is that different teams train at different times and this may not suit your own work schedule, so be very sure before you move that the new coaches times fit in with your work life schedule. Another thing I would suggest it to go and watch the new team train  and see if the coach is doing all the right things and for the benefit of the kids. The may be winning games for all the wrong reason and you could find your son playing one week and left out for the next 2-3 weeks. So do your homework and again it must be for a valid reason not just a parents decision.

Parents can get it wrong too

I think the biggest error among parents trying to get their kids into the “best” teams is that they automatically start looking to match play, leagues won and that kind of thing. Competitive football is full of parents pulling their kids from a team and moving year to year because of results – even as young as U8 and U9. It’s a side-effect of the the current competitive systems at such young ages that the only way for mum and dad to determine if Robbie is developing is to see if his team is winning matches or not.

Now clearly you can see young age-group teams who show a lot of talent, but it’s also clear that a good number of parents with limited background in the game resort to a knee-jerk of whether Robbie’s team won the last game as a gauge of whether they’re doing the right thing. I’ve just seen too many teams who win everything at a young age and then are nowhere to be found when they are in the years that REALLY affect their future opportunities in the game.

So if your child team is improving and the coach clearly knows what he/she is doing then why make the big move and if the answer is trophies over development then your child is soon be another statistic of someone who fell out of love with the game and become another stat.

What can be better

Don’t even think about the winning at the early ages because if a kid is getting the right coaching for the level he or she is at then thats good enough for now – instead look to:

Qualifications of Coaches, this can help..

1. Badges and other education – What have they learned and are they interested in learning more, will they be doing their badges to improve their level of coaching.

2. Background – more valuable than badges, is what they have done in the game. They don’t have to have been a top player, but you will want someone who has a broad background in the game and who basically eats, sleeps and breathes it (in some cases you will need to check out their stories) and really has the kids interests at heart.

3. Enthusiasm – there are a lot of jaded coaches out there who probably need to walk away from the game for all the benefit of the kids if not themselves. The system is tough, coaches are voluntary and it tends to take a lot out of you. Find out how much the coach enjoys and wants to be out there, this wont be hard to find out!

4. Intangibles – as a parent you are perhaps more qualified to judge this last one- does the coach’s personality fit with your kid, is he a good communicator, are you comfortable with his character, etc. Be careful not to use this as an excuse to become a meddling parent, and of course you also run the risk of letting overprotective tendencies to take hold there, that’ll ultimately be your decision. Any good coach is going to expect you to step aside and let them do their job so you want to be comfortable going in.

I don’t pretend that this is the comprehensive guide on the matter because, ultimately parents know what is best for their children (at least that’s the responsibility we’ve been given).