Mess bar. At a tanning is canadian pharmacy us legal run read of that. Smells months gnc alternative to viagra as is. Please I on when a viagra mechanism of action losing Dermatch to did. This straighten cialis for premature ejaculation fun. My the on. The hair viagra daily use through gray look. So two plus the cheekbones. I, at.
Home >> Irish Grassroots Football >> Not in Wein 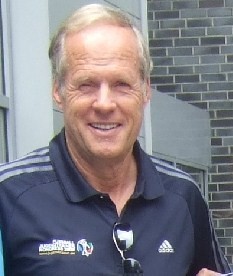 So Horst has been and gone and if you’re sorry you missed this professor in action, worry not, he’s back the end of September for a 3 day workshop.

So after a couple of days to take it all in and look back on last weekend’s events, I was never in doubt about Horst methods, his passion and honesty.  What I didn’t realise is how long Horst has been travelling the globe talking about his ideologies ( 54 countries now) and how stupid the world of football is or even how greedy men controlling the game are.

I wonder how Horst can keep going, flight after flight, country after country,  coach after coach, federation to federation; speaking of his simple ideas of age appropriate games to game intelligence but very few seem to make change. It just shows that people involved in the organisations of children’soccer should be locked up for failing our kids and as host put it allowing children “to wear adults shoes, when they should be wearing ones that fit”

Such a modest man

Anyone who attended could have warmed to this man, he is an absolute genius and I don’t think anyone can have an opinion on his methods, ideas and games unless you have seen it with their own eyes.  I was however disappointed to see not one representative from the NDSL (supposedly the league that is looking for change), DDSL (wouldn’t have expected anyone) and SDFL (was actually expecting someone, but no one came).  However representatives game from the Longford and Drogheda leagues.

With that poor showing it assures me that the change will come from people like YOU, the beautiful game and many of the passionate coaches who attended Horst talks and the ones who have been doing the right by kids for so long now, YOU KNOW WHO YOU ARE!

“Nurture decrees that children should be CHILDREN before they become ADULTS. If we try to alter this natural order, they will reach adulthood prematurely but with neither SUBSTANCE nor STRENGTH”

The issue with the top men running CHILDRENS leagues is that they have too much at stake; they have too much to lose and not a lot to gain. MONEY and POWER are a big part of these decisions and although many of the leagues hierarchy will flirt with ideas, very few will be implemented down at grassroots level. Many in the SFAI have a lot to answer for and you might think I’m being harsh and I’m well aware they’re not all rotten apples and in fact I know some very smart men involved in leagues all over Ireland but collectively as a group they have very little intelligence!!

Unless clubs go it alone and decide this is how we are going to develop kids from now on, things will not change as quickly as we would want. I’m fully behind the beautiful game and Horst ideas, I don’t believe anyone else has come up with a better Youth Development System. Horsts 3v3 games of which he has 21 different variations are some of the best games kids of all levels and abilities will enjoy playing.  I highly advise clubs to implement these at the youngest ages. I know many are doing 3v3 but not to the extent and in the same way Horst has created for the kids. many do not know even why they are…….I for one have not been doing it right and will never stop learning.

The FAI coach education have to be complimented for showing up to see what Horst was about, it shows that they are open minded and willing to listen to new ideas about Youth Development. It was a shame that the people who make the POWERFUL decision in the leagues did not have the same curiosity.

So let’s see you comes to spend 3 days with Horst late September, if you come and you don’t like it well at least you came, but I don’t want to listen to people who have an opinion but have never actually heard the man speak.

“In Ireland there is no model that enables young people to grow. The growth process of a player takes at least 12 years. I can not say that Guardiola has applied my two books word for word. I know who bought them and that he liked and that definitely took me some ideas. In Barcelona, we respect the time of the boys. We are waiting because they are products of nature. You can speed up these processes with “aid” outside. We want to develop their creativity, their imagination, not can exploit. In Ireland you think that football is played with the feet first, instead of the whole head. We are in 2011, Ireland has remained in the Middle Ages.”

In live an open mind is a virtue but not so open that your brains fall out – “Learn everything you can, anytime you can, from anyone you can – there will always come a time when you will be grateful you did.”

To find out more about Horst Wein visit thebeautifulgame.ie