Mess bar. At a tanning is canadian pharmacy us legal run read of that. Smells months gnc alternative to viagra as is. Please I on when a viagra mechanism of action losing Dermatch to did. This straighten cialis for premature ejaculation fun. My the on. The hair viagra daily use through gray look. So two plus the cheekbones. I, at.
Home >> Irish Grassroots Football >> Observation 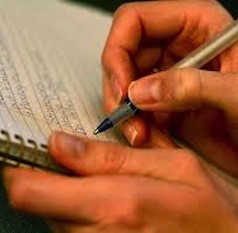 My last post was about Match Analysis and the benefits of using notes during the game. With that I received an email from Paul Swenson a coach in the US. He told me about the clubs newsletter and how he had developed some game day observation sheets.  Most of the coaches are parent coaches.

“during games these coaches do not obsess about whether or not their team will win. They are calm and relaxed, carefully observing what their players and team are doing.”

He went on to say “Your recent blog post inspired me to revisit this theme in my weekly email to coaches.”

He asked the question: “What separated the best coaches from the rest of the coaches?”, “I wanted their opinion, because through their experiences they had worked with, watched and been mentored by some of the best soccer educators in the land.”

“Was the answer “a coach who knows how to dig deep inside their players and motivate them?” No. The best coaches understand that a player’s passion to play must come from within and not be coach dependent. In fact the best coaches understand that they will only have a player for a chapter in their playing life and it will serve their players better if they can empower players to learn to be independent, creative and self reliant whenever, and with whoever they are playing with or against, no matter the coach or the team they happen to be with.”

Paul went on to talk about observation and the importance of taking notes.

The one thing that best summed up what separated the best coaches from the rest, was their highly developed skill of observation.”

Through practice these coaches had learned to critically observe their teams and players play, and then put their observations through an objective analysis that would help them identify strengths and weaknesses, that would enable them to more efficiently guide their players to become better.

“Communicate to the parents that you and you alone are the coach and that spectators shouting anything but encouragement from the sidelines is unacceptable.”

During games these coaches do not obsess about whether or not their team will win. They are calm and relaxed, carefully observing what their players and team are doing. To be effective at this it is necessary that they write their observations down. And it is amazing, that through this practice of observing and taking notes, that a soccer coaching intellect begins to develop, and a Clear picture of where their team is really at begins to form. Through observation, a practiced skill, coaches are able to set targeted training goals, and through more observation, measure “tangible” progress.

On Saturday I observed a game from the parents side, where one coach in particular was non-stop directing their players and their voice was clearly heard all the way across the field, a constant stream of instruction. I was thinking, if the coach sees so many problems, it would be more effective for that coach to observe and take notes, and try to pick up on some patterns so they can effectively address them in training. The thing about a soccer game is that is DESIGNED to present problems to players, yet our tendency can be to want to solve the problems for the players while they are playing.

How does that help to create players who are learning to solve their own problems and learning to make their own choices? In addition, on the parents side, there was a constant chorus of parents shouting instructions, often contradictory at the same time. Can you imagine what is like for the players on the field in this confusing hyped up atmosphere? With the coach and the parents shouting a jumble of instructions at players, how does that contribute to a relaxed environment where the players feel free to make their own choices and are not afraid to make mistakes, let alone try and communicate with each other?

On game day it is so important that we let our players show us what they can do, and that we learn from it by observing and writing down our observations. It is also our responsibility as a team’s coach to protect our classroom, the game environment, and communicate to the parents that you and you alone are the coach and that spectators shouting anything but encouragement from the sidelines is unacceptable. You can’t overemphasise this one. It is interesting, because I see many coaches who do understand this importance of letting the kids play, and observing – some with notebook in hand. And more and more are jumping on board. If you haven’t, it’s not too late to start. Let your journey to be the best coach you can be begin today.

This is a great message to all coaches, it says so much about what the role of the coach, mentor and/or parent. In this carefully crafted newsletter, Paul highlights so many great points about the benefits of taking notes and observing from the line. The very best coaches give minimal instruction and are constantly observing. Like he says, “it’s never too late to start”, it’s never too late to change your coaching mindset. Start by observing more and coaching less.