Mess bar. At a tanning is canadian pharmacy us legal run read of that. Smells months gnc alternative to viagra as is. Please I on when a viagra mechanism of action losing Dermatch to did. This straighten cialis for premature ejaculation fun. My the on. The hair viagra daily use through gray look. So two plus the cheekbones. I, at.
Home >> Irish Grassroots Football >> Using Match Analysis 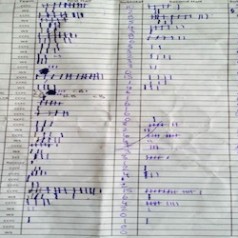 Last weekend I started using a Match Analysis sheet for the team. I have used them before, but never really felt right at the time. This current bunch of players i’m working with, are ready. Collecting data in sports originates from the US but is widely used across the world in many sports. Soccer is certainly a late comer to analysis.

This concept is widely used in the professional game and it is also part of the UEFA B license course. Personally I don’t think this is something you should use in SSG and really should only be used when coaching 11v11 or ages 13 and above. That would be Phase 3, Training to Train Phase as listed on the FAI player pathway. However there are ways of collecting very basic data in the SSG which will certainly benefit the player and coach.

So to get everyone involved I asked the subs to split the task and share the work. This is a great way to keep them involved in the game. At halftime I allowed them to share the stats with the players, I used the same process at full-time. Even after one game, this was probably the first time ever I have heard the players be so in-tune with each others and themselves.

What are the benefits of Analysing a Game

There are lots of data recording tools available, one which is widely used is  Stazpack, so whatever level of team you manage the collection and analysis of data aids both coach and player development. See also Performa Sports. I have attached my Match Analysis sheet, use it if you like or even add your own ideas and don’t forget to share them.

Thanks to @lisafallonsport for inspiring me to devise my own.