Mess bar. At a tanning is canadian pharmacy us legal run read of that. Smells months gnc alternative to viagra as is. Please I on when a viagra mechanism of action losing Dermatch to did. This straighten cialis for premature ejaculation fun. My the on. The hair viagra daily use through gray look. So two plus the cheekbones. I, at.
Home >> Irish Grassroots Football >> Injuries: A Toll on the body that can last a lifetime

Injuries: A Toll on the body that can last a lifetime

Posted by The Coach Diary in Irish Grassroots Football | 1 comment 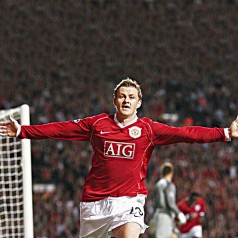 To Much To Soon

With a lot of young players now playing as many games as some professionals, are we putting to much pressure on these players and causing injuries due to overuse. Some kids as young as 10 are playing in 2 different ages groups over a weekend.  This time of the year with the backlog of games can lead to a child playing 3 -4 games per week. And for what? I’m all for kids playing ball and as much as they like but it has to be at their expenses and not that of others. I recently wrote a post about specialization in one sport and the negatives it has on kids, Parents and coaches often encourage this practice thinking it will lead to future success; however, experts say this is not true and may actually be detrimental to performance at a later age. https://www.thecoachdiary.com/?p=1220

It cant be for development because we all know that more, more, more does not lead to better, better, better. Kids needs to rest and recover just like everyone else and playing for 2 separate ages groups has only the benefit of one person in mind and thats the Adults running the team!

I can’t see how playing all these games will benefit any child in the long run and leagues should look at this carefully because allowing this to continue and allowing teams to play in various leagues to try and gain an advantage on other teams in a sport that should have the interest of the kids that play as the priority is totally wrong! Administrators of these leagues should really look at the damage this can do to a child.

This takes me to a child developing body, which is more susceptible due to overuse in sports. During growth, children’s developing bones are softer and weaker; their ligaments, tendons and muscles are tighter. Particularly at risk in children are growth plates, areas of developing tissue at the ends of the growing bones. A bruise or a sprain that might not be a significant injury in an adult athlete might result in a serious growth-plate injury in a growing child.

Injuries that are the result of overuse can develop slowly and thus may be overlooked or not properly treated. Evidence suggests some of these injuries may cause permanent damage or pain, including arthritis. More and more kids are suffering from overuse and over playing in one sport and suffering from such ailments as bursitis, tendonitis and stress fractures, ailments that used to be confined almost entirely to adult sports players. Until recently runner’s knee (which is pain caused by the kneecap not tracking or sliding alone its groove properly) was totally unheard of in kids.

Serious injuries such as broken bones, sprains & ligament damage cannot be avoided whether they occur on the pitch or just playing around out the back garden but they can be reduced by proper procedure and putting the interests of the kids first and not pushing kids to the extreme, having them play over 40 plus games a season. Various medical groups are concerned with the pass of the amateur game, with our soccer hitting the fast lane, more and more kids are getting injured and we are seeing injuries usually associated more with professional athletes.

The difference between now and then is that when kids played by themselves they quit if they got tired or  injured and went home, experts are saying that kids due to increase participation in organised sports a term called “repetitive microtrauma” in medical terms in on the increase; something that untrained parents and coaches may not recognise this and encourage a child to continue playing. On the other hand, a kid may not want to disappoint a coach or parent and continue playing whilst hurt. Not forgetting that some coaches training practices are not even appropriate to the children at play and may even put them at risk.

The International Federation of Sports Medicine (FIMS) and the World Health Organisation  issued a joint position statement many years ago which called for studies on the Benefits and the Risk of organised sports for children. (I’m still looking for this report)

I suppose in Ireland its a relatively a new thing and although we have had Elite structures for some time now, with more and more televised sports the pressure is really on for kids to succeed and get that pro contract…but in the end of the day of  the amount of kids who go through the pressures of trying to become one of the few that make it, usually end up disliking the sport that at the beginning gave them so much.

Adults need to recognise that to often some kids are not physically fit to play and emphasis needs to focus on fitness as well as sports skills in order to prepare kids to participate in practices and in games. As well to much emphasis should not be placed on winning. Children should be encouraged to participate in a variety of sports, and adults should  be reminded that children on their own, without adult pressure, will typically and wisely quit playing when they are hurt or tired.

The FIMS & WHO have recommended more education for parents and coaches about injury risks and child development issues, as well as national standards for coaches’ training and certification. (This is something that we in Ireland have certainly achieved to a degree, but like everything high standards can always be reached)

On the other hand we must encourage physical activity and training sessions can still be fun with a competitive edge, to often I see kids who I use to coach wondering the streets with nothing to do after falling out of love with the game and why? Most reply by saying I didn’t like the training and or the coach!