Mess bar. At a tanning is canadian pharmacy us legal run read of that. Smells months gnc alternative to viagra as is. Please I on when a viagra mechanism of action losing Dermatch to did. This straighten cialis for premature ejaculation fun. My the on. The hair viagra daily use through gray look. So two plus the cheekbones. I, at.
Home >> Irish Grassroots Football >> Specialisation now or later? 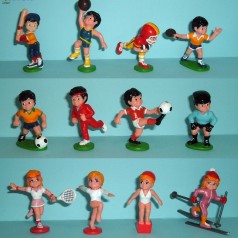 Just let them play, but not too much!

Lately I have listened to so many different arguments about kids playing soccer as well as other sports. Too often I hear coaches complaining because one of their players is off playing Rugby or Gaelic etc. Not long ago I myself was annoyed at one of my players playing GAA one weekend as well as soccer; I wanted him to be fresh for our game and to be honest it didn’t make any difference in the end, because that choice was his not mine. Now, I have come full circle to realise that winning is not what playing sports is about and I certainly will never prevent anyone from playing any sport. After all is great that kids get out to play, whatever sport it may be. The fact of the matter is, the more sports they play more likely they are to stay in sports.

With some youngsters playing the same sport from one season to the next and eventually all year round, they soon are specialised in the sport. A lot of people say that if you want to be truly great, you need to focus, then do more, more, more and you’ll be better, better, better. A lot of parents have have adopted this attitude for their young kids and it never got them anywhere, so its not just about doing more of the same thing over and over again. That’s not to say that some people are not born to play a certain sports but we all know that they are the exception and talent isn’t made its nurtured.

Specialisation in sports at an early age is becoming more common, the result of increased competition for playing time and maybe a scholarships or pro contract. Parents and coaches often encourage this practice thinking it will lead to future success; however, experts say this is not true and may actually be detrimental to performance at a later age.

“Participating in a variety of sports will help a child develop other athletic skills that they would not develop if they specialised in one sport too early,”

“Athletic skills such as speed, balance, mental focus, jumping and reacting are all stressed differently in different sports. These athletic skills will later transfer to the child’s primary activity, so everything a child does to become a better all-around athlete will make the child a better soccer player, for instance.”

Parents and coaches contribute to the problem when they pressure children to specialise and encourage year-round training, Professor Sickle says, “A number of problems can occur with early sports specialisation, including physical and psychological burnout and the loss of the diverse social contacts that come with participation in different sports, she says. Early specialisation also can lead to a loss of transferable athletic skills, a greater risk of overuse and repetitive stress injuries, higher levels of pre-competitive anxiety that can lead to emotional trauma and difficulty coping with athletic failure later in life due to a great deal of success at an early age”.

While studies have shown that elite performers often require more than 10 years of practice to acquire the skills needed to compete at top levels, studies also have shown that early sport specialisation is not necessarily the answer.

“Two studies of Soviet children in the 1990s reported that early sport specialisation did not lead to the performance advantages that were expected,” Sickle notes. “Rather, children who specialised at a later age performed better than those who specialised earlier.”

So the questions is when should children begin to focus on only one sport? Prof Sickle advocates waiting until adolescence. She notes that researchers have termed the period from ages six to 13 as “sampling years,” a time when children should participate in a variety of sports just for fun.

“Waiting to specialise until age 12 or 13, when the child is more physically and emotionally mature, helps ensure that he or she is participating in that sport because he or she wants to, rather than trying to fulfil a parent or coach’s dream,” Sickle explains. She notes that during this time period, parents should maintain a supportive role and be careful not to pressure their child to specialise in only one sport.

If a child is adamant about pursuing one sport, the professor offers these tips for reducing the chances of injury or burnout:

The American Academy of Pediatrics which represents 55,000 pediatricians and pediatric specialists in the US had issued a policy statement warning against specialisation in a sport at an early age, year round training and competition on an elite level for young athletes.

If you look at the individual sports like Golf, Snooker, Tennis, Athletics, Gymnastics, Swimming and even cycling, these sports in particular demand so much effort at a very young age and many stars have been pushed to the limits, they gave up their childhoods, they sacrificed so much and not until adult life have we seen some of the consequences and damage that sports stars have suffered through many, many years of being pushed to reach the top.

Maybe they haven’t done enough research in this area, but their certainly is reason to be cautious and the warning signs are there. Whats the harm in kids playing various sports, after all it will help them with fitness, balance, coordination, health and mental health. Soccer is actually a very uncoordinated sport, where most kids can only use one side of their body.

So kids, keep playing whatever sports you like, take up cricket, BMX, do the high jump, take violin lessons, add some variety to your life and try something new instead of playing soccer all the time and when you’re ready to specialise in in the beautiful game, what an all around talent you will be!!

Also this article Is it wise to specialise

I always like to hear your opinions. Please comment below or email me info@thecoachdiary.com. If, you don’t have anything to add then please forward this on to a friend. Thanks for reading.