Mess bar. At a tanning is canadian pharmacy us legal run read of that. Smells months gnc alternative to viagra as is. Please I on when a viagra mechanism of action losing Dermatch to did. This straighten cialis for premature ejaculation fun. My the on. The hair viagra daily use through gray look. So two plus the cheekbones. I, at.
Home >> Coach Talk >> Coach Talk 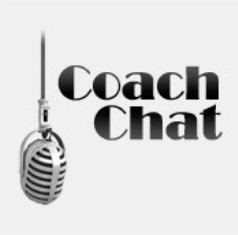 Playing Career: Started Playing with Swords Celtic as a child at u/10 playing with them up to u/14 then moved to Swords Manor and finally returning to Swords Celtic to play Youths. Played with Colaiste Ide Association Football team 2002/03, then 3 years playing with Dundalk IT and a season with GlenMuir in Dundalk LSL

How did you get into Coaching?

Coaching Career: Started Coaching Gaelic Football with my local club as a favour when I was 14, got hooked on coaching and then decided to do the Association Football Course in Colaiste Ide in Finglas and done my first 2 coaching badges there. From there I spent 3 months on a J1 visa working with Master Coach Tim Bradbury and Top Coach Dave Flower in the United States where I learned what I believe to be the best way to coach grass roots soccer. I then went to DKIT where I studied a BA in Community Sports Leadership, a course of which has been of great value to me personally as I got to do badges in Volleyball, Basketball, Swimming, Badminton, Rugby and GAA and learned the values of sports development in this country and the problems within this country. From finishing my degree I spent time in the USA working as a GK coach with West Hill high School, Head Coach of Wilton girl’s team and as a Regional Director of Soccer in Connecticut.

Having returned to Ireland I took up the post of Head Coach of Bray Institute, where I now Lecture in Soccer Studies and Sports and Recreation Studies and am currently doing my UEFA B Badge. We run a 2 year course in which student’s do their KS1, KS2, Youth Cert, GK 0 and Referees Badge in which students are prepared for life as a semi/professional player/coach.

What do you think of the coaching badges in Ireland and how do they compare to the US?

Personally, I feel that the badges I learned when younger were not good enough for me to develop players at grass root levels in Ireland. It was not until I traveled to the USA on a j1 visa and met Master Coach Tim Bradbury and learned the NOGA way of coaching which originates from the Ajax way of coaching. The basis on being, 1:1 player to ball ratio so players have as many touches on the ball as possible.

What do you think is the problem in Ireland?

Grassroots in Ireland: Irish grassroots soccer signed its death warrant a long time ago in my opinion, competitive soccer at u/12 football and below is of a negative effect to developing young players. At young ages in this country players are given fixed positions at too young of an age which is detrimental to players.

Countries like USA and Germany have structured there associations so that they have total control over grassroots soccer. Rules such as silent sidelines, rolling substitutions, players being played in numerous positions over the season so they develop their whole game have been highly successful and it’s the way forward for Irish grass roots. Germany has 3000 full time coaches at grass roots level, how many have we, there is the difference and it’s not going to change overnight.

How do you coach?

As I currently work in college  football I have players of a high ability to work with, but some are so scared of making mistakes its crippling them, it’s obvious from the start of every year who has had the shouter of a coach and who has had a coach with a brain. I encourage my players at all times during training to have the confidence to try beat a player before passing and if the make mistakes it doesn’t matter as long as they have the confidence to try. During sessions and matches I don’t shout orders or bark as some do, everything offered to the players is in a question format, Can we step up?, Can we get wide?, So the players feel relaxed, there are no orders it’s just a request and the players play with more freedom and become more successful.

The Coach Diary would like to Thank Stephen Maxwell for this interview.

If you would like to tell me a little bit about how you got into coaching and how you feel about grassroots coaching in Ireland or anywhere, get in touch! info@thecoachdiary.com