Mess bar. At a tanning is canadian pharmacy us legal run read of that. Smells months gnc alternative to viagra as is. Please I on when a viagra mechanism of action losing Dermatch to did. This straighten cialis for premature ejaculation fun. My the on. The hair viagra daily use through gray look. So two plus the cheekbones. I, at.
Home >> Psychology >> Parents should be seen and not heard…!

Parents should be seen and not heard…!

Posted by The Coach Diary in Psychology, Soccer Parents | 0 comments 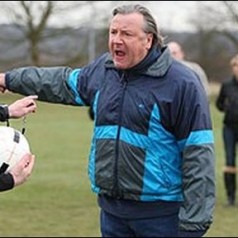 We all have them and we all hate them (joke). Some of us have left teams because of them and others have even had them banned from the club. Yes, PARENTS, that’s who I’m taking about, the ones that rant and rage all game long (not all). The worst offenders are ego-driven parents who take personally any slights to their children on the pitch. All that a side, their are some absolutely brilliant parents out there who give up so much time to bring their kids to and from training etc and never interfere in their kids football, but these are mostly few in these times.

Maybe we should pre-warn parents and tell them, “you might get angry on the side lines and attached are some tips to deal with it’. Below are some excerpts from a study about parent behaviour on the sidelines, mostly from the US.

Overall, about half of the parents in the study reported getting angry during games, and nearly 40 percent of the angry parents made their emotions known. These sideline expressions ranged from muttering or yelling comments to walking onto or near the pitch.

“Their own sense of their personal worth gets wrapped up in how their children are doing in these ball games,” said Edward Deci, a psychologist at the University of Rochester in New York. ” And so the parents feel intense, internal pressure to see their kids performing because the kids are like extensions of themselves.”

Coach: ” so what is your favorite position? “
Player: ” center midfield”
Coach: ” Interesting. Is that because you see yourself as a good playmaker? “
Player: ” No its because my dad is one side and my coach is on the other and sometimes if i’m in midfield, I can’t hear either of them. “

340 parents of 8- to 15-year-old soccer players were evaluated on personality and ego characteristics, feelings of anger and pressure, and aggressive behaviour.

Of those who did feel anger, what made them flare up?

Researchers concluded that the effect of ego defensiveness and taking things personally was strongly linked to feelings of anger and aggressive actions. Those who were more “control-oriented” were more ego defensive. They viewed actions in the soccer game as attacks against them or their children.

“In general, control-oriented people are the kind who try to ‘keep up with the Joneses,'” Goldstein said in a news release.”They have a harder time controlling their reactions. They more quickly become one of ‘those’ parents than the parents who are able to separate their ego from their kids and events on the field.”

Goldstein calls parents who are more even-keeled and able to regulate their emotions “autonomy-oriented parents.” They get angry too, he says, and when they do it’s because their ego gets in the way.

“While they’re more able to control it, once they react to the psychological trigger, the train has already left the station.”

To ease anger on the playing field, Goldstein suggests these tips:

More needs to be done in the area of parenting in sport. Parents don’t shout over the teacher in school, so why do they feel they have the right to shout over the coach. How many times, have you seen a team where the coach has decided to have their defence drop when they lose the ball, so that the midfield can recover but then the parents on the sideline are screaming “press”, “press”? Johnny has no idea whether he’s coming or going and this distraction could be critical in the teams play.

Ask any child, ‘what they think about their parents shouting on the sideline’? and you will get some very interesting answers. Some that come to mind, “it’s so embarrassing”, “I hate it”, “he doesn’t know what he’s talking about”, “I wish they wouldn’t come to my games”

“By constantly coaching and correcting our kids in the game we are unconsciously, but almost certainly, guaranteeing poor and deteriorating performance. We are taking them away from that unconscious, focused mental state where they need to be to excel”. – Inside Soccer

Parents need to educate themselves with the help of the clubs and leagues on how to behave pitch side. I don’t understand how parents think it’s ok to verbally abuse children on a playing field yet they wouldn’t dream of telling a kid off in a playground. Well, just in case you didn’t notice or weren’t told ‘the football pitch’ is also a play ground, guys!

Just because things happened certain way when they were younger, it doesn’t mean it has to happen that way now. I think it’s about time some parents kept quiet and let the kids play….

PS. Was at a tournament on Saturday and some of the parents in the stands were a disgrace. In all my time coaching that was the worst I’ve heard. (One lady in particular, now names given)

Research: Inside soccer, University of Maryland,

I always like to hear your opinions and views. If you feel you have something to say, please comment below or email me info@thecoachdiary.com and if you don’t have anything to add then please forward this on to a friend.