Mess bar. At a tanning is canadian pharmacy us legal run read of that. Smells months gnc alternative to viagra as is. Please I on when a viagra mechanism of action losing Dermatch to did. This straighten cialis for premature ejaculation fun. My the on. The hair viagra daily use through gray look. So two plus the cheekbones. I, at.
Home >> Coaching >> Sports Psychologist Alan Goldberg’s Bad Coaching Behaviours

Posted by The Coach Diary in Coaching, Psychology | 0 comments 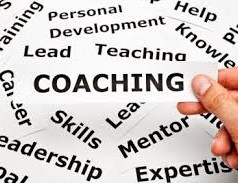 If you’re reading this post it’s because you’re either into coaching or you’re someone who is into learning about what makes a great one.

Take a look at Dr. Goldberg’s list of examples – of behaviours that characterise ‘bad’ coaching. Here is some sound advice for anyone involved with coaching kids.

There are a lot of “coaches” out there who don’t have CLUE about how to really coach. Unfortunately these individuals consistently do far more damage to young people than they do good.

You’re NOT a good coach when you call an athlete out in front of the team and tell that athlete, “You absolutely suck! You’re the worst short-stop, quarterback, setter, forward, keeper, etc. that I have ever seen!”

You’re NOT a good coach if you think that your most important job as a coach is to win games.

Your mission as a coach is to teach young people and help them grow as individuals so that they become better people in the world, both on and off the field.

You’re NOT a good coach when you place the outcome of a competition in front of the physical and emotional welfare of your players.

You’re NOT a good coach when you allow players on your team to scape-goat and/or demean each other.

You’re NOT a good coach when you play favorites.

You’re NOT a good coach when you tell your athletes that under no circumstances are they ever to tell their parents what really goes on in practice, and that if they do, they are being disloyal and disrespectful to their teammates coach and the program!

You’re NOT a good coach when you treat your players with disrespect.

You’re NOT a good coach when you don’t “walk the talk.” What you say to your players means nothing if it doesn’t come from who you are as a person.

You’re NOT a good coach when you play “head games” with your athletes.

Alan Goldberg, PhD, was the sport psychology consultant to the 1999 NCAA Men’s Basketball National Champion University of Connecticut Huskies, and the 2000 men’s soccer NCAA champions. He is the former Sports Psychology Consultant for the University of Connecticut Athletic Department. As a nationally-known expert in the field of applied sport psychology, Dr. Goldberg works with athletes and teams across all sports at every level, from professional and Olympic caliber right down to junior competitors. Dr. Goldberg specializes in helping athletes overcome fears & blocks, snap out of slumps, and perform to their potential. His book, Sports Slump Busting (LLumina Press), is based on his extensive experience getting teams and individual athletes unstuck and back on track. Outside of sports, Dr. Goldberg works with performing artists, sales and business people, test takers, and public speakers.

Do I need to say anything, I think Alan Goldberg has said it all!!