Mess bar. At a tanning is canadian pharmacy us legal run read of that. Smells months gnc alternative to viagra as is. Please I on when a viagra mechanism of action losing Dermatch to did. This straighten cialis for premature ejaculation fun. My the on. The hair viagra daily use through gray look. So two plus the cheekbones. I, at.
Home >> Coaching Clinics >> Thanks to all.. 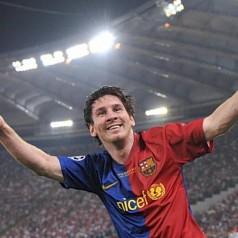 Thank you for attending the Champion FCBarcelona Coaching Clinic at Carton House.   It truly was a memorable experience for both Antonio and I and we hope you felt the same.

It was a fantastic 2 days and apart from the weather we truly enjoyed every part of it from the theory session in the morning to the drills and Q&A in the afternoon. It was great to meet so many like minded coaches and mentors. Albert was a true gent and his interaction and patience with the kids was something special, I think we could all learn a thing or two from Albert’s way of coaching.

We hope you enjoyed the day and like us felt it was something very special to have a coach of Albert Benaiges calibre, who not only is an amazing man but has also someone who has nurtured some of the world greatest players. It was fantastic to see how he interacts with kids and coaches.

I hope the experience has made you realise that winning is not everything and development is what we need to start working on more. Albert said that from u7s to 16s should not be about winning, only about development and teaching the players to be good people. With this is mind, we look forward to bringing Sporting Club De Portugal (Sporting Lisbon) to Ireland in May.

More details to follow shortly so make sure we have your correct email address.

10 other players internally developed are playing for 1st teams

2010/2011 3 new players coming up from the Academy have integrated into the 1st team, Vitor Golas, Cedric Soares and Andre Santos

Since the new academy open in 2002, 24 players from the youth teams integrated in Sporting professional teams

2008: UEFA Classified Sporting Academy in the top 3 in the World alongside FC Barcelona and Lyon

Sporting has 30 Schools in Portugal with over 6,000 kids of which 45 join the full Academy every year

Sporting will open a School in Toronto in May; Sporting Club Toronto

The museum situated in stadium of Jose Alvalade has more than 16.000 Cups and Trophies.