Mess bar. At a tanning is canadian pharmacy us legal run read of that. Smells months gnc alternative to viagra as is. Please I on when a viagra mechanism of action losing Dermatch to did. This straighten cialis for premature ejaculation fun. My the on. The hair viagra daily use through gray look. So two plus the cheekbones. I, at.
Home >> Academies >> Sporting Club De Portugal – Academia Alcochete 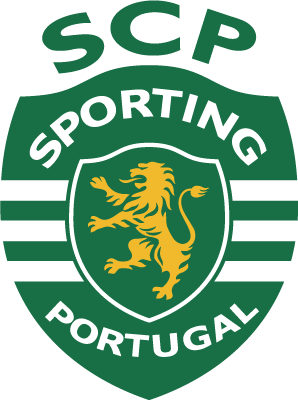 Sporting is a sport clubs renowned for it football department with over 100,000 members. Its Football academy in Lisbon is one of the best in the world. In May this year Sporting will open its first football school in Toronto. It plans to open Academies in South Africa, Saudi Arabia, South America, US, Hong Kong, Macau, Japan and in Europe.

The Coach Diary and David Berber of DB Sports tours spent 3 days in Lisbon at the u6-u13 School and Sporting’s Alcochete Academy..

Famous for its football youth academy system which features a range of well-equipped facilities and is one of the most renowned in the world, Sporting has continuously developed many world class footballers.

Sporting spent over 8 million euros on the academy (The Academia) that houses training for all their teams from U13 to the professional side.

Opening in June of 2002, it is one of the finest faculties in Europe.  There are five lighted fields exclusively for training, one artificial grass field and one small stadium with seats for over 1000.  The ‘B’ team and youth teams for league games use this facility.

There is a 65 X 45 yard roofed artificial field for training in special conditions. All the modern training necessities, i.e. free kick walls, outdoor pool, portable goals (both regular and special size), pendulum balls etc. is provided for the coaching staff and set up by the managers.

The Academia has a hotel with 46 rooms, half on the youth side for players’ aged 14 and above who might live there and half for the professional players who use them between their frequent two-a-day training sessions.  Player’s lounges, dinning rooms, and club official’s offices are housed here.  The youth facilities are separate for the profession ones and include state of the art weight rooms and special rehab rooms.  The locker rooms are kept separately and the staff members care for all the equipment each day.

Sporting Academy was the first and only sports academy in Europe to receive the ISO9001:2008 – a quality certification awarded by EIC, a Portuguese society responsible for this type of reward, which is recognised both locally and internationally.

This is a testimony to Sporting’s excellence in several different areas, such as: their ability to raise up youngsters not only athletically, but also academically; Sporting responsibility towards ethical and social aspects, as well as their struggle to maintain the club values above everything else; quality of their infrastructures/facilities; their coaching and medical staff skills.

In 1996, Sporting began a new lease of life, with José Roquette and others leading Sporting into a period of modernisation. Miguel Galvão Teles, Dias da Cunha and Ernesto Ferreira da Silva played their part in approving new statutes and laid the foundations for a business group and Society of Soccer Sports (SAD) which was admitted into the Portuguese Stock Exchange in 1998. New measures were also adopted to encourage transparency in the business relationships of the Club, as well as in tax and social security matters. This ambitious process of modernisation took place long before Portuguese candidature to host Euro 2004 was organised.

The reshaping of Sporting during this period became known as the “Projecto Roquette” (“Roquette’s Project”), a program of dynamic modernisation of the club on three fronts: sports, through the rationalisation and optimisation of resources; finances, providing the club with multi-functional profitable elements; and finally the modernisation of the club’s organisation, combining dedication and professionalism in a way that dealt with the present without mortgaging the future of the club

Also in 1998, Sporting began the design and construction of a new generation stadium. The stadium was inaugurated on 6 August 2003 and is rated amongst the best in the world (it was classified by UEFA as a 5-star stadium)

There is a very special story at Sporting Club De Portugal and what was once a young boy called Paulinho.  He was hit by a car and lived for months in a coma.  During this time his family abandoned him and he was given very little chance to survive.  During his coma months the only thing that seemed to get any response from him was when the doctors would start talking about Sporting.  When he eventually got better the doctors asked if he Sporting would take care of him.  He has been at the club for 20 years now helping to take care of the kit of the first team.  He is loved by all the players and fans and is one of the most recognizable personalities on the team.  The times when he leads the team out, the biggest cheer is for Paulinho.  He never pays for anything when out in Lisbon, lives by himself and the players take turns inviting him to their houses for the holidays.  In 2000 FIFA recognized him with a special award at their world awards ceremonies. We had the pleasure to meet Paulinho during our visit at the Academy, he was busy organising the teams equipment for the training session that day.

Sporting methodology is proven to be one of the best in the world and they continue to produce players year after year for both Sporting’s senior team, the national team and players for the larger European market.

Our visit to Sporting Academy in Lisbon, was truly breath taking and something I will never forget; as a boy who grew up with the Green and white of Sporting plastered all over my bedroom walls, I could never have imagined that one day I would be back at the Club I have loved my entire life and to get the Hospitality we received from Diego and Renato just made this experience unforgettable.

A special thanks to Rob Cassidy our photographer and videoographer who never stopped snapping!!