Mess bar. At a tanning is canadian pharmacy us legal run read of that. Smells months gnc alternative to viagra as is. Please I on when a viagra mechanism of action losing Dermatch to did. This straighten cialis for premature ejaculation fun. My the on. The hair viagra daily use through gray look. So two plus the cheekbones. I, at.
Home >> Child Protection >> The Abusive Coach

Posted by The Coach Diary in Child Protection | 0 comments 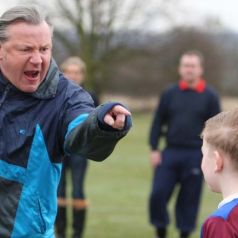 When coaches cross the line into physical or verbal abuse, they negatively affect players’ abilities to develop through sports. Parents have a right to know who they are leaving their kid(s) with. They also have a right to step in if they feel their child is not longer in a safe place.

If your child is in an emotionally unsafe situation because of a coach’s abusive behaviour: The coach is demeaning, humiliating, disrespectful, shaming, uses foul language, continuously puts the player down in front of his/her team mates, and/or does not teach in a positive and constructive way – and basically, he/she badly abuses the power differential in the coach-player relationship, then the job of  a parent is to step in and immediately protect the CHILD.

It takes a lot of courage to speak up when situations like this arise. especially when many organisation have an attitude that parents should just keep quiet and not get involved. Most coaches start out with the right intentions, but unfortunately so many get caught up in winning over development.

Speaking from experience, there is NEVER any good excuse for this kind of coaching style. a teacher in a classroom would be sacked on the spot if they engaged in some the the abuse we see and hear every-weekend on the sidelines across kids sports.

Regardless of the coach or his/her past, what they achieved and may have produced, there is no justification for this style of coaching. This style of coaching does not make players tougher, it doesn’t make them better and certainly doesn’t help them perform or focus for competition.

“When winning is more important to the coach than the experience of his/her players’ participation then EMOTIONAL and sometimes PHYSICAL ABUSE are the end result”. – Dr. Goldberg

Generally these are the coaches that end up making the child afraid to make mistakes (they generally end up making more) and take risks. They kill the child’s love for the sport and destroy their self-esteem, which generally leads to a player not having reached their true potential and a long life of poor performances in the sport…..a sport they got into because it was FUN.

I’m a Parent of an abusive coach, what can I do?

The next thing to do is approach the coach and say you would like to arrange a meeting with them (Before, during or after training and/or a game is never a good time).

Make sure you pick a quiet location and one that is not frequented by other club members. You don’t want to be interrupted.

If you attended a pre-season meeting with the coach and/or the club has guidelines in relation to respecting the players. Make reference to this commitment and how everyone committed to it at the beginning of the season including the coach.

If the coach becomes angry, defensive and/or blatantly misinterprets your complaints as simply those of a disgruntled parent, unhappy with their child’s playing time, then document your meeting and the coach’s responses, and then approach the organisations coaching committee.

If they are unconcerned and/or unresponsive to your complaints, then go over their head to the someone higher like the child welfare officer. If this person unwilling to intervene and take action, then go to the organisation board members. If no one associated with the club is willing to do their job, which is to help protect the kids and insure that they are in a safe learning environment, then it might be time to make bigger waves. The sports governing body might be the next step and if this doesn’t work take your story to the local media. Obviously you would never expect or want any situation to get this far without a resolution.

It is a sad statement that many abusive coaches exist because the system that they operate in colludes with their bullying behaviour and why? Because the system is broken, parental complaints are frequently swept under the rug and not taken serious enough! This is why you need to stand up and speak out against these people.

A coach should be “demanding without being demeaning.”

It is up to the club administrators, Child Welfare Officer and Director of Coaching to find the right coaches to maintain a positive culture for the players. All Clubs should have their own coaching and child protection philosophy and if they don’t then you are entitled to ask them why?

The priority of a coach is the welfare of the kids that play the game. You don’t need qualification to know that you’re number one aim is to make training enjoyable and fun. One way for doing this is making training not feel like it’s training.

Where so many fall down is when they place their needs over those of the children their supposed to be guiding and developing. So many coaches believe that the win-loss outcome of their game at the weekend is far more important than the process of participation, player development, character development and most importantly the safety of the players.

by saying that if you know of an abusive coach then it’s your responsibility to approach that individual and confront them. They may not even know they’re being abusive and in so many cases they don’t know any better. Again I would advice to you use your discretion and find a time and place in private to approach the coach.  Make them aware of the affect it’s having on the kids.

You could say, ” Are you aware that when you shout at the kids, it makes them scared of you and stops them from playing? I think it would be more beneficial to the kids if you could lower your voice and not shout so much when coaching them. Try be a little more positive, they’re only kids”.

Like I mentioned above, the coach may respond with anger, if this is the case, and they become abusive, then it’s your responsibility to take your concerns to the clubs board.

In Ireland we have tolerated child abuse for many decades and it’s time it stopped! It is our primary responsibility as people working with kids to insure that the KIDS who play sports remain safe at all times. We need a society where Child abusers are never allowed to work with children.

The vast majority of coaches working with children are top top people but there is always a percentage that still haven’t learnt or developed the new ways of how to deal with children.