Mess bar. At a tanning is canadian pharmacy us legal run read of that. Smells months gnc alternative to viagra as is. Please I on when a viagra mechanism of action losing Dermatch to did. This straighten cialis for premature ejaculation fun. My the on. The hair viagra daily use through gray look. So two plus the cheekbones. I, at.
Home >> Football Associations >> 3 amazing facts on player development in Icelandic football

Posted by The Coach Diary in Football Associations | 0 comments 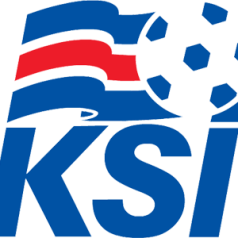 Siggi Eyjolfsson is the Ex technical director/coach education director, F.A. of Iceland from 2002-2014. He was also Iceland’s Womens national team head coach 2007-2013 and head coach at IBV in the men´s Icelandic top league in 2014. He holds a UEFA Pro licence coach from the English F.A.

He writes great article of how Iceland is developing both male and female players for the future. A very small footballing nation with a big plan.

As I wrote in my last post “Iceland best in the world in developing football players?”

Iceland has only 325.000 people, only 20.000 football players and yet manage to outperform more than 150 bigger countries on the FIFA ranking list!

If Iceland was a US city it would rank 58th in population among US cities with considerably fewer inhabitants than Honolulu, Hawai! Yet Iceland ranks 28th on the FIFA ranking list after their last match in which they beat the bronze medalists from the FIFA World Cup 2014 –Netherlands 2-0.

How are Iceland developing so many players?

Iceland is sitting top of their group for EURO qualifications with 3 wins in 3 matches and an 8-0 goal difference.

Many of you contacted me and wanted to learn more about what we are doing in Iceland in developing our players so here are the first 3 amazing facts that should get you thinking about learning more from Icelandic player development.

Eidur Gudjohnsen is an Icelander won the English Premier League with Chelsea and won the Champions League with Barcelona and the list goes on. Eidur started playing in the Icelandic top league at age 15 and scored 7 goals in 17 matches that year. Eidur was exceptionally young but in general Icelandic players are regularly given a chance to play 1st team football, even in the top league. This aids the development of our young players.

Sometimes Icelandic clubs do not even get the chance to play their young players because they are scouted when they play for the youth national teams and are then signed by bigger clubs abroad before they reach enough maturity to play 1st team football in Iceland.

However around half the national team that started in the match against Netherlands have played less than a season in the top league in Iceland. They received their foundation in Iceland but when they became really promising as players they were bought by foreign clubs where they continued their development and kept improving as players. Iceland has around 90 professional players playing abroad, they have moved abroad at different ages and it is tough to say at which age players should make that transition, I think you need to look at each individual case, the same rule does not apply to all.

2. Coach education for all coaches!

If you want to be a football coach in Iceland, you have to have coach education, even if you want to coach beginners at the grassroots level.

3. Producing outstanding international players by working with what you have got!

In 1984, Icelandic player Asgeir Sigurvinsson was voted best player in the German Bundesliga after captaining his side VFB Stuttgart to winning the Bundesliga. Sigurvinsson developed in Westman islands on a small isolated island south of Iceland playing for IBV until he became 17 years old. The town of Westman islands only has around 4.200 inhabitants and is too remote to recruit youth players from elsewhere.

Hermann Hreidarsson developed at the same club, Hreidarsson played 15 seasons in English football and in 2011 he became the Scandinavian player who has played most matches in the history of the English Premier League.

On the female side, Margret Lara Vidarsdottir also grew up in the town, she is Iceland´s best goalscorer ever and has scored 71 goals in 94 matches for the Icelandic women´s national team. Not many players in the world can say they have a goalscoring record like that!

Think about how crazy this is… 4.200 inhabitants means that the whole town only has around 35-50 people born in a certain year, and only a part of them become football players and since the club is based on a small island they are stuck with that extremely small player pool to select from. They have to develop what they have got, they cannot recruit from elsewhere, they don´t recruit for talent. The lesson to learn here for player development is that you can develop good young promising players anywhere. I can name you at least 10 more players who have become professional players abroad coming from this small club.

Many of Iceland´s best players have developed in small clubs from the countryside. Have a look at another small club in Iceland IA Akranes who are a town of 6.000 people who have sold 30 homegrown players to bigger professional clubs abroad in 30 years. They do not recruit talented young players from elsewhere, they work with what they have got.

VIDEO: Here is a video where they are featured on UEFA Training Ground.

I will leave you with this cool video on player development in Iceland which I made for my presentation at the NSCAA convention in Philadelphia, USA this year.

And when you go to your next coaching session tomorrow think about this quote from Joachim Löw the national team head coach of World Champions 2014 Germany, this is what he said after winning the World Cup in Brazil:

If you are a technical director, in charge of a club, a CEO or a head youth coach think about how good your youth coaches are and if they have the right tools to teach the players the skills they need to become successful players.

If you want to know more about Icelandic player development or buy a presentation on it for your coaches, your club, your state, your national association etc. Let me know.

More amazing facts on the Icelandic football to follow, that is if you want to know more? It would be nice to hear what you think.

Siggi is currently looking for his next challenge in football, if you would like to find out more about his methods or interested in talking to him you can email him siggiraggi73@gmail.com

Siigi has more great articles on his website> Siggi blog