Mess bar. At a tanning is canadian pharmacy us legal run read of that. Smells months gnc alternative to viagra as is. Please I on when a viagra mechanism of action losing Dermatch to did. This straighten cialis for premature ejaculation fun. My the on. The hair viagra daily use through gray look. So two plus the cheekbones. I, at.
Home >> Irish Grassroots Football >> The Future of Youth Development in Irish Football: Lessons from Home and Abroad

The Future of Youth Development in Irish Football: Lessons from Home and Abroad 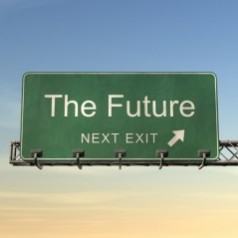 I’m off to London on Thursday to attend a debate about the Future of Irish Football. It will be held  at Birkbeck College, University of London.

There is an excellent panel of experts assembled and this promises to be an excellent discussion that will appeal to anyone with an interest in Irish football or youth development in general.

Ireland has long enjoyed a very successful record of producing talented young football players many of whom have gone on to enjoy successful playing careers in English football. Perhaps the high point was during the 1997-1998 period. Under the managership of Brian Kerr, the Republic of Ireland won the bronze medal in the 1997 World Youth Championship. In 1998 the national team won the UEFA European U16 and U18 championships. The squad included players who went on to be household names including: Richard Dunne, Robbie Keane, John O’Shea, and Damien Duff.

This success demonstrated that, despite Ireland’s small population size, it was possibly for a well-organised and coached Irish team to compete at the highest level.

However, whilst the recent wonderful result by the Republic of Ireland U-21 team against Italy demonstrated again Ireland’s capacity to produce great playing talent, the challenge remains as to how this process can be made more consistent and sustainable over time. This is a challenge that Ireland shares with other countries; witness the English Premier League’s substantial investment in youth development through its Elite Player Performance Plan; and the English FA’s investment in the National Football Centre at Burton on Trent. Football remains what it has always been, an intensively competitive sport. A successful youth development programme remains an absolutely fundamental foundation if Irish teams are to stay competitive in the future.

This Roundtable Discussion brings together three very experienced figures from the world of football development to debate how the organisation of Irish youth football development might be taken forward. A key focus of the discussion is a comparison between the best practice currently in existence in Ireland, with that in England and in Scandinavia.

Amongst the key questions to be addressed:

Peter Clarke graduated from the Birkbeck MSc in Sport Management and the Business of Football programme in 2011 with a Distinction. From Dublin, Peter works in the finance industry and has lived in London since 1999. He also holds a MA in Economics from University College Dublin and is a professionally qualified investment analyst. His research interest at Birkbeck was financial instability in professional football. Peter has been a supporter of both the League of Ireland and the Irish national team since the late 1970s and until he moved to London he played in the Leinster Senior League.

Pat Walker is a UEFA Pro Diploma level A coach, and graduate of the 2 year Sport Psychology Application education programme at Örebro University in Sweden. He was the first professional to represent his native town Carlow in an Irish national team (U-21.) He was a professional footballer with Gillingham FC in England for 7 years. Following a short spell with Leicester City, he enjoyed a successful playing career in Swedish elite football, first with BK Häcken and then with GIF Sundsvall. Since the early 1990’s he has managed Elite clubs in both Sweden and Norway. High points were promotion to the Premier Leagues in both countries with Örebro and Sandefjord. Through his long experience in Scandinavian football he is in strong position to offer an informed critique of the approach to youth and football development both in Ireland and the UK.

Niall Harrison is National Coordinator, the Emerging Talent Programme, at the Football Association of Ireland, and has held this post since 2006. He is also Head Coach of the Under 15 Republic of Ireland boys’ team. He holds a UEFA A coaching license. He is a graduate of Pennsylvania State University in the United States. He played in the League of Ireland with Sligo Rovers, and represented the Republic of Ireland at U18 level in 1982 when the now well-known Irish football media analyst, Eamon Dunphy, was the manager.

Dr. Seamus Kelly is a former professional soccer player in the UK (with Cardiff City) and in the League of Ireland. Seamus is currently lecturing at UCD and Dublin Institute of Technology. His research examines aspects of management in professional soccer and he has consulted with numerous Irish & UK sports organisations on its application. Seamus has played for the Irish Universities, Irish Beach Soccer & Irish National League teams and has one Irish ‘B’ cap. Seamus also has goalkeeping coaching experience with Shamrock Rovers, Drogheda United and Shelbourne.