Mess bar. At a tanning is canadian pharmacy us legal run read of that. Smells months gnc alternative to viagra as is. Please I on when a viagra mechanism of action losing Dermatch to did. This straighten cialis for premature ejaculation fun. My the on. The hair viagra daily use through gray look. So two plus the cheekbones. I, at.
Home >> Football Associations >> The Future of Football

The Future of Football

Posted by The Coach Diary in Football Associations | 0 comments 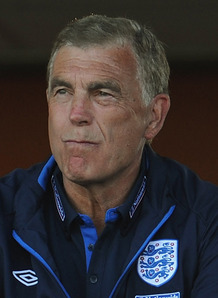 ‘Small-sided games are the pathway to success’

Sir Trevor Brooking told Special Report on Sky that more must be done to foster technical ability in youth football.

Brooking, the FA’s Director of Football Development, wants to change the way children are coached in order maximise their potential. Plans to stop under-13s playing traditional 11-a-side games on full-size pitches are included in the Young Player Development Review that he presented to the FA last month.

“We want to take the pressure off the youngsters who get that intensity from the sidelines, whether it be the mums and dads shouting or the coach or the manager”. Brooking Explained

“I could win, perhaps, a mini soccer league by playing two or three big lads at the back who could launch it to the end of the pitch, pick up the pieces and we’d win more games than we’d lose but over a three or four-year period we’d never develop them technically”.  “So we are just saying forget that. Yes, every game is important but it doesn’t mean [winning] is the be-all and end-all.”

Converting a full-size pitch into four smaller-sized ones is a relatively straight-forward process.

It takes little time and carries minimal costs, but FA Development Officer Nick Levett said it could reap significant benefits. “The main idea behind the proposals is to make the game more child-centred,” he explained.

“We have very much an adult-based structure that we put onto children assuming that the adults want the same as the children. “But the children’s expectations within the game are very different from the adults; they value fun and participation and engagement at a different level to the adults that have a lot of ego-driven values within youth football”

“So we are trying to make sure that youth football in the future reflects what the children want from the game because it’s their game and not necessarily what the adult values are.

“So some of the format changes we are looking at for under-sevens and under-eights, making the game five-a-side as mandatory so they get more touches, more shots, more dribbles and more fun within the game by just being involved more.

“Then at under-11 and under-12 level, we are talking about making nine-against-nine mandatory, which again is a similar thing; the jump from mini-soccer to 11-against-11 at the moment is huge for many children and nine-against-nine gives us, we feel, the natural stepping stone in terms of development so that we don’t have 10-year-old children playing on the same size pitches as 26-year-old internationals.”

“The new national player pathway is something we’ve been working hard on for probably about two years now, although Andy Roxburgh said it actually started 27 years ago – so that’s maybe a sad indictment that it has taken us this long. But small-sided games were introduced in Scotland 27 years ago”.

“But what became apparent was it was a random development; there was a lot of good practice in Scotland and we had teams and associations playing in different leagues and in different formats, in different age groups with different rules and it became messy” (Sounds like a place I know)

“So we decided to have a look at a national player pathway that had best practice. For us we are starting with four-a-side, so we now have six to eight-year-olds playing four-a-side football; that’s the smallest number that you need to teach the principals of the game and that’s shown throughout the world to be one of the best teaching tools for young children”.

“Seven-a-side football is the next step; we’ve been doing it for a long time and it’s very well resourced in Scotland. People believe in the small-sided game and it’s a logical step.”

Mick Dennis from the Daily Express, a guest on Special Report by Sky Sports, admits that he has been won over by smaller-sided games for children.

“When I started playing football in primary school, you played on an 11-a-side pitch and I thought that was proper football,” he reflected. “So when I first heard Bobby Robson talking about restricting the size of matches, I thought ‘that’s not proper football’.

“But I’ve refereed youth football for 15 years and I’ve watched the introduction of small-sided games for younger age groups and there’s no doubt at all that the kids get better at football but, almost more importantly, they enjoy it more.”

Keep following The Coach Diary on his path to change for better coaching systems throughout Ireland. We need proper structures and we need to get the adults with only their own egos in mind out of the game for good. This game is for kids not adults, if you want to get involved in adult football then over u19s football is not for you!