Mess bar. At a tanning is canadian pharmacy us legal run read of that. Smells months gnc alternative to viagra as is. Please I on when a viagra mechanism of action losing Dermatch to did. This straighten cialis for premature ejaculation fun. My the on. The hair viagra daily use through gray look. So two plus the cheekbones. I, at.
Home >> Coaching >> Top Ten Reasons “kids leave sport” 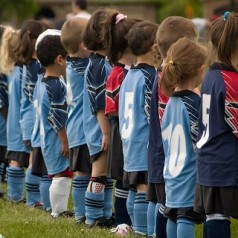 A survey done by the institute for study of Youth Sports in Michigan State, children were asked why they quit a sport or a team. For both boys and girls, the top two reasons were: – 1. They were no longer interested 2. It was no longer fun.

We need not forget that these players are not miniature adults or pro’s. They are children with bones that sometimes have yet to develop, with minds that are not thinking the same way that we are thinking. Of course not all the reason young people quit sports have to do with the fact they are growing up. Children explore new interest and want to exercise their independence.

There is also the attraction of the opposite sex and other temptations in life, that we Irish only know to well. I’m sure alot of us can relate to this.  Most children, especially until about age 14, played sport for fun. However many reasons have to do with those who are already grown up – the adults who have been in charge of their games since early childhood

The boys and girls each said the following were the Top Ten reasons they quit:-

Yeah its a US study but it can relate to Ireland too, after all kids are the same everywhere; they enjoy and dislike the same things throughout the world. Most of the reasons have to do with adults not meeting the wants and needs of the children.

Adults creating to much pressure, demanding to much time and failing to support and motivate the kids.

All the reasons why children quit sport are all reasons that can be solved by adults to prevent turning children away. A bis issue is whether the children see the process as fair or participation fun. How many times have you asked your team, did they have fun?

Do you think your sessions are fun?

In this study the children who answered the survey were also asked, “what kinds of changes would make them consider playing again?

” The Top change, according to both boys and girls was “If practices were more fun”.

The second reason on the boys’ list, and number 5 on the girls’ list: “If I could play more”.

Sports Systems continue to fail children in many ways at different ages, but puberty is a vulnerable age for kids and this can be the most common age for kids emotional upheaval and physical changes. Their self-esteem is fragile at this time in their lives, and they have an intense desire to feel as though they belong, thus they need for safe sporting activities.

Chances are, a fair number of parents never really understand why their own child decided to quit a sport, there are some parents who don’t even ask why?