Mess bar. At a tanning is canadian pharmacy us legal run read of that. Smells months gnc alternative to viagra as is. Please I on when a viagra mechanism of action losing Dermatch to did. This straighten cialis for premature ejaculation fun. My the on. The hair viagra daily use through gray look. So two plus the cheekbones. I, at.
Home >> Coach Talk >> COACH TALK: Paul Swenson 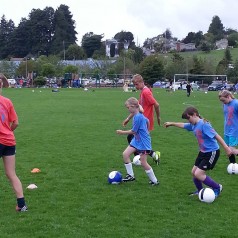 I have recently been exposed to Horst Wien through some other books, one specifically is “Our Competition Is The World“, by Stan Baker. Though it was written with the idea of helping U.S coaches implement the U.S Soccer Youth Curriculum, it really transcends cultural barriers. A coach friend of mine also turned me on to Horst and gave me a copy of his Game Intelligence DVD.

About me: I am 51 and have played soccer since I was 8 or 9 years old. I played what we call “recreational” soccer as a youth, which means non elite or non select. Perhaps the terms are the same in Ireland? I had the opportunity to play college soccer as a young man. I have kept playing since, and have only recently begun to slow down because of injury.

When did you start coaching soccer?

I have been coaching for around 12 years? Not sure exactly. 3 years ago my local youth club opened up a part time position for Recreational Coaching Director. I was the only one to apply for the job. I am a photographer by trade, but soccer is my passion. My inspiration is the belief I have that I can make a difference in kids lives through my efforts in educating coaches, and maybe influencing a very needed change in the youth soccer culture.

Who do you get your inspiration from?

My inspiration is the people who thank me for my efforts, and the gratitude I get from the children. I also have a very good friend John with whom I share the passion for change, and without his support and mentorship I would not be where I am today. When I read your blog, it sounds Exactly like what we go through here. Cultural Adult ideas of competition and the desire to Win at all costs are strong.

Does the US encounter the same problems we do, are adults more competitive then the kids?

Change shifting toward player development, player centered coaching is starting to happen, but slowly. There is still this strong idea that the only way for kids to be truly successful at the sport is to identify elite players at young ages, and try to put together travel teams to go and Win games. Parents and coaches are resistant to new ideas. To be honest, those that are resistant, I feel, are a Vocal Minority, and that most parents understand the value and reasoning behind player development, and I mean developing the whole player, not just technically, but as a person, those true values of humility and sportsmanship, BUT most organizations are held hostage and intimidated by this vocal minority.

What is your coaching Philosophy?

My general philosophy is that player development is a long term educational process, that every child has unlimited potential, and that the game of soccer cannot be taught in a dictatorial fashion, but only as guided training. This, as you are fully aware, is the science of coaching the game. This link is a paper I wrote last year for my coaches, but my ideas are ever evolving thanks to people like my friend John, and experts in the field like Horst.

What age do you move to 11v11 and what changes would you make to grassroots soccer?

Currently our kids move to 11 v 11 at U-12. Our U-10s play 8 v 8. Our U-8s play 4v4 with no goalkeepers. Our U6s used to play organized competitive 3v3 or 4v4 games (can’t remember which). I was able to move that program away from that into a Kids Club hour, where every child has a ball playing fun one player per ball dribbling games, with some low pressure 2 minute 2 v2 games to finish the hour.

What is happening in the US in relation to change, do people want change?

If I could wave a magic wand I would like to see the recommendations Horst outlines per age and numbers per side. I would like to see Funino played at the U8 and U10 level. This year, since our Fall season is already in the planning phase, my intention is to expose my coaches to Horst’s work in the hopes that they can implement his ideas in their training sessions. Then perhaps “sell” my organization on making Funino the format, for at least U8 next season. On a grander scale, I world like to see this division we have in my community and America in general between competitive elite teams and recreation (Grassroots for you?) go away.

In the U.S., there are pockets of change. The science is there every where you look, you would have to be blind not to see it, but the urge for Glory as a means to an end from well meaning adults is strong in our culture. So it is not uncommon for organizations to say they are for player development, then go and form Elite teams for the sake of winning tournaments at ages as young as 8 and 9.

As you can see, I could go on and on about this…so you did not know what you were getting into by asking me a few questions.

TCD would like to Thank Paul Swenson for this interview.