Mess bar. At a tanning is canadian pharmacy us legal run read of that. Smells months gnc alternative to viagra as is. Please I on when a viagra mechanism of action losing Dermatch to did. This straighten cialis for premature ejaculation fun. My the on. The hair viagra daily use through gray look. So two plus the cheekbones. I, at.
Home >> Coaching >> Coaching Seminars This September 2014 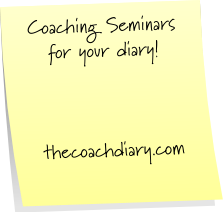 11th National Coaching Forum at the Institute of Technology Sligo, 26th-27th of September 2014. This Forum promises to be the biggest and most extensive gathering of professionals and volunteers involved in Sport Coaching. The Forum will attract coaches, physical education teachers, sports scientists, National Governing Body personnel and policy makers. Leading National and International presenters will take part in this event titled “Fun to Full Potential – Coaching the whole Athlete”

The 11th National Coaching Forum will combine Keynote speakers, with practical and applied sessions, with opportunities to network with coaches from different sports. Previous National Coaching Forum has welcomed up to 800 coaches, both National and international. The Forum has become a “can’t be missed” event on the sporting calendar, involving coaches at all levels from up to 48 different sports.

Vinas is a Spanish coach who has a wealth of knowledge in elite youth coaching, having spent 20 years developing some of Europe’s young stars of today. Throughout the workshop Albert Vinas will reveal the methods behind arguably the most successful style of football ever witnessed.

Vinas has not only helped develop some of the best players around, but coaches too. Vinas has mentored and assessed coaches such as the late Tito Vilanova who managed Barcelona before he died earlier this year, and Rodolfo Borrell, who previously at Barcelona’s famous academy La Masia, Liverpool FC and more recently been appointed Academy Director at Manchester City.

Vinas will be taking the workshop on Wednesday 24th at the Oscar Trainer Development Centre, Dublin 13.