Mess bar. At a tanning is canadian pharmacy us legal run read of that. Smells months gnc alternative to viagra as is. Please I on when a viagra mechanism of action losing Dermatch to did. This straighten cialis for premature ejaculation fun. My the on. The hair viagra daily use through gray look. So two plus the cheekbones. I, at.
Home >> Irish Grassroots Football >> DDSL SSG Changes are very Positive.. 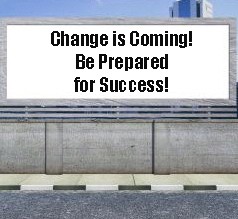 After several weeks of much discussion, meetings of various clubs around Dublin, the SSG working Group along with the DDSL have come with the following changes starting this summer with immediate effect.

They stressed that the main focus remained to introduce a more soccer friendly and non-competition environment. The focus is ensuring that players get to play more football; more focus on coaching and to educate parents to remain behind the rope, not coach the kids and support the coaches/managers. They also want clubs to work together and make sure that soccer in Dublin is much more player focused and less about adult egos.

“SSG Group to remains in place for a minimum of 12 months to monitor and improve any changes accepted. This would also allow for improving in coaching and assisting DDSL clubs, coaches and players”.

This is what is going happen:

Under 7 to remain within their club academies for further development and coaching.

Focus on the following:

How the game is played:

Other Suggestion by the SSG group:

All in all I think this is a very positive move by the DDSL, it may not be what everyone wants but it’s certainly a step in the right direction and the SSG working group is going to be in place for another year which is fantastic news.

I would also like to see the following eventually brought in:

Let me know what other leagues are doing the coming season and of course I’m always interested in hearing your views.

Another great post from Blueprint for football Great Coaches=Better Players