Mess bar. At a tanning is canadian pharmacy us legal run read of that. Smells months gnc alternative to viagra as is. Please I on when a viagra mechanism of action losing Dermatch to did. This straighten cialis for premature ejaculation fun. My the on. The hair viagra daily use through gray look. So two plus the cheekbones. I, at.
Home >> Europa League Final >> Finalist Profile: Sporting Club De Braga

Posted by The Coach Diary in Europa League Final | 0 comments 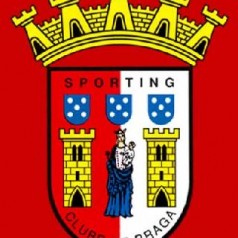 SC Braga Finalist profile: Domingos Paciência will leave SC Braga this summer as a club legend having inspired the modest northern side to reach their first UEFA club competition final.

Who would have thought SC Braga would end up here? Following up 2009/10, the best season since the club’s foundation in 1921, seemed a near-impossible task, but under the stewardship of Domingos Paciência – who will leave the club in the summer – the far-fetched quickly became reality. The former FC Porto forward has used his own extensive UEFA Champions League experience to prepare a largely novice squad to face the best.

After running 2006 finalists Arsenal FC close in the UEFA Champions League group stage, the men from Portugal’s Minho region have seen off Liverpool FC, FC Dynamo Kyiv and Liga rivals SL Benfica – winners of 76 domestic championships between them – in the UEFA Europa League en route to a first-ever final in UEFA competition. Now another Portuguese giant, FC Porto, are all that stands between them and only their second major title.

The rash of goals in Braga’s 4-3 UEFA Champions League play-off second-leg win at Sevilla FC announced Paciência’s side to Europe, but masked their true nature as a counterattacking team. The pace of Lima, Paulo César and Alan from the flanks is the key to their swift breaks. This compensates in part for their lack of a reliable centre-forward, which is arguably Braga’s Achilles heel. Matheus’s January departure for FC Dnipro Dnipropetrovsk accentuated the problem – the Brazilian having scored three times in the UEFA Champions League group stage, including the two goals that beat Arsenal at the Estádio Municipal.

The final whistle at Anfield on 17 March was crucial for Braga. Given the 6-0 thrashing endured on their previous trip to England – for their UEFA Champions League group stage debut at Arsenal – their display in keeping Liverpool at bay proved to the Arsenalistas that they could compete with Europe’s big boys away from the security of home. “We knew the second leg was going to be very different,” midfielder Hugo Viana told UEFA.com afterwards. “That’s why it feels so good to be coming away with a deserved result.”

Perhaps coach Paciência’s greatest achievement in taking Braga into the last four has been to continue the team’s upward trajectory despite the loss of key men in the winter transfer window. Besides Matheus, influential defender Moisés, scorer of Matchday 4’s winner against FK Partizan, also left in January. His replacement has been another of Braga’s large Brazilian contingent, the towering Paulão. The 28-year-old was himself linked with a move to China, yet has stayed in northern Portugal to become an important member of the XI. With Paulão marshalling the back line, Braga have conceded three times in their last six UEFA Europa League games.

Form
League position: 3 (Last five games: DDDWW)
The Arsenalistas have struggled to replicate their unparalleled 2009/10 season, when they finished only five points shy of becoming only the sixth side to lift the Portuguese title. Braga are 35 points behind champions Porto, but are holding on to third place. Their real forte is their home form and away from the comforts of the Estádio Municipal they have won just two out of nine in UEFA competition this term, losing five.

Braga have kept clean sheets in eight of their nine European home fixtures – FC Shakhtar Donetsk broke the sequence with a 3-0 away win in September.

What their opponents say
Jorge Jesus, Benfica coach:
Playing in Braga is as difficult as playing at Porto or Sporting and makes the hosts part of a new four-team cartel at the Liga summit. Braga are very well-organised at the back and try to hit you on the break.

Lets make this a special occasion, still some tickets left and it will be a long time before we see another European final in Ireland. Go straight to ticket-master and book your ticket for what will be a very special and colourful night; it would be shame to see empty seats! The Coach Diary